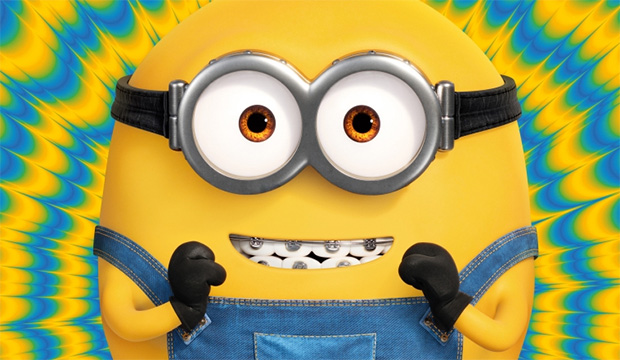 Universal is having a great 4th of July weekend so far, with three movies in the top five at the box office. The latest entry of its long-running “Minions” animation franchise, “Minions: The Rise of Gru,” far surpassed all expectations and projections to win the weekend with an estimated $108.5 million over the three days, not including Monday. That’s less than the $115.7 million made by 2015’s “Minions” but quite a bit more than the $72.3 million opening for 2017’s “Despicable Me 3.” (“Despicable Me 4” has already been scheduled for June 3, 2024.)

Although critics were mixed on the movie, rating it with 72% Fresh on Rotten Tomatoes, that was better than the previous two installments, and audiences seemed to enjoy it more, going by the 91% audience score on Rotten Tomatoes and its “A” CinemaScore.

A prequel boasting the origin story of Steve Carell’s villainous Gru, “The Rise of Gru” brought in $48.2 million on Friday with $10.8 million of that coming from Thursday previews, which started at 2pm. Its $108.5 million grossed over the three days makes “Minions: The Rise of Gru” the third biggest 4th of July opener, benefiting from opening the weekend before the holiday and not opening earlier in the week, which was the case with Michael Bay’s “Transformers: Dark of the Moon” in 2011. We’ll have to see how “Minions” does on Monday compared to estimates, but it added another $87.2 million internationally, so thus far, it has made $202.2 million worldwide.

“Top Gun: Maverick” is no longer just the box office phenomenon of the year, as the unstoppable Tom Cruise blockbuster seems to be harking back to better times when movies wouldn’t make all their money opening weekend, and then just slowly fade away. The $25.5 million “Top Gun” made in its sixth weekend is only the THIRD movie to ever make that amount. James Cameron’s 1997 epic “Titanic” made $25.2 million in its sixth weekend, although Cameron’s follow-up, 2009’s “Avatar,” made $34.9 million its sixth weekend and then remained #1 for a seventh weekend.

“Maverick” is estimated to make $32.5 million including the 4th of July holiday on Monday, which would bring its domestic total to $570.9 million. That would make it the 12th highest-grossing movie ever in North America, and it should hit $600 million sometime in the next week.

Overseas, “Maverick” has almost matched its domestic gross, which means that birthday boy Cruise (who turned 60 on Sunday) is celebrating his first global blockbuster to hit $1.1 billion, also making it the highest-grossing movie of the year with absoutely zero signs of slowing down just yet.

After winning last weekend in a tight race with “Maverick,” Baz Luhrmann’s “Elvis,” starring Austin Butler and Tom Hanks, dropped to third place with an estimated $19 million over the three-day weekend. Warner Bros. provided of $23.5 million on Monday, which brings “Elvis'” total to $71.8 million through Sunday, which is the second-highest gross for Luhrmann domestically after 2013’s “The Great Gatsby.”

Universal had two other movies in the top 10 with “Jurassic World: Dominion” taking fourth place with $15.6 million in the three days (down 42%) and an estimated $19.2 million including Monday. Through the 4th of July, it will gross an estimated $335.3 million, so we’ll have to see if it can match the $400 million domestic made by 2018’s “Jurassic World: Fallen Kingdom.

Filmmaker Scott Derrickson’s horror film “The Black Phone” dropped to fifth place with $12.3 million over the three days (down 48% from its opening weekend) with $14.6 million for the four-day holiday, bringing its domestic total to just under the $50 million mark.

Despite the holiday, Disney-Pixar’s “Lightyear” took nearly a 65% drop in its third weekend to make $6.6 million over the three-day weekend and an estimated $8.1 including Monday. It has crossed the $100 million mark with $107 million, including Monday, but it’s still not great for a franchise in which that amount had been expected its opening weekend. It also doesn’t look good that “Minions” made in three days what has taken “Lightyear” three weeks. At this point, Disney just needs to cut its losses and put “Lightyear” on Disney+ already.

Bleecker Street launched the costume drama “Mr. Malcolm’s List” into 1,384 theaters, where it grossed just over one million over the four-day weekend, averaging just $744 per venue.

Other than a few disappointments, this weekend was a good sign that the box office has indeed come back, as we’re starting to see weekend showings similar to what we had in 2019 and earlier.

In this week’s box office prediction game, only 10 players had “Minions” opening over $100 million this weekend, so those 10 are the most likely to go six for six his weekend. Only two players – “Crew” and “chris51501” – went six for six for the weekend of June 24 with “Crew” winning with 18,696 points. Congrats!

On Friday, Marvel Studios’ second sequel of the year “Thor: Love and Thunder” will open, so check back on Wednesday for our preview of next weekend.