This weekend we’re going to get the last blockbuster of 2022, and it’s a doozy. It’s been 13 years since James Cameron’s “Avatar” hit theaters and its sequel, “Avatar: Way of Water,” is likely to bring a lot of his fans back to Pandora, as well as find a new and younger audience. Read on for Gold Derby’s box office preview.

Cameron’s 2009 sci-fi epic was nothing less than a phenomenon, both due to its use of performance capture and visual effects, as well as its use of 3D, which helped convince the movie biz to release more movies in 3D, until it became an overpriced fad that died out.

“Avatar” opened on this same weekend back in 2009 with $77 million, which wasn’t really that much when compared to “Spider-Man” and “Harry Potter” movies from the previous eight years that were regularly opening over $100 million. “Avatar” benefitted even better over the holidays than many other movies that open before Christmas, since it nearly matched its opening weekend over the next two holiday weekends. By January 1, 2010, it had grossed $352.1 million, and that was only the tip of the iceberg for a movie that would remain in theaters until early October 2010.

After those 10 months, it had grossed $784 million domestic and $2.9 million worldwide. There have been a number of re-releases since then, including earlier this year when a 3D re-release made $75.5 million globally. With that kind of money, you would think that distributor 20th Century Fox would want Cameron to make a sequel as soon as possible, but it was only once Fox sold to Disney when Disney gave the go-ahead for Cameron to continue what could potentially be a series of five or even six movies.

Cameron and his team spent the last five years developing the technology to introduce the underworld portion of Pandora in “Avatar: The Way of Water,” the second planned movie in the series. Besides the return of the original cast, there are plenty of new characters as well, although many are younger actors.

Sam Worthington is back as Jake Sully (now in Na’vi form), having not done very much in recent years, as is Zoe Saldaña, who found success with her role as Gamora in the Marvel movies, beginning in 2014’s “Guardians of the Galaxy.” Those two movies and the two “Avengers” movies that followed ended up making $6.3 billion worldwide, but then you add the $2.9 billion from the original “Avatar” and the over a billion worldwide made by  Saldaña’s three “Star Trek” movies, and she becomes a star who has racked up over $10 billion in just eight movies.

Sigourney Weaver and Stephen Lang have also returned in slightly different versions of the characters they played in the original “Avatar.” (Spoiler: both of them died in the first movie.) Lang has been keeping more active than his co-stars, starring in the 2016 thriller Don’t Breathe and its 2021 sequel, which didn’t fare nearly as well, while Weaver hasn’t been doing nearly as much sci-fi fare without Cameron, although she did make a cameo in 2021’s “Ghostbusters: Afterlife.” Others joining the cast include New Zealander Cliff Curtis (“Fear the Walking Dead”) and Oscar-winning actress Kate Winslet, the two of them playing the leaders of the new reef clan of Na’Vi, the Metkayina.

Reviews came out on Tuesday with Cameron’s sequel faring well among critics, achieving 83% on Rotten Tomatoes, which is roughly where the original “Avatar” would end up, though quite a lot of reviews for the latter would come out in the intermediate years.

Before the release of “Star Wars Episode VII: The Force Awakens” in 2015, opening a movie in December before Christmas was never a great prospect, since so many people are working or saving up money for holiday gifts or trips. “Force Awakens” opened with $248 million on this very same weekend in 2015, and then just last year, “Spider-Man: No Way Home” opened with $260 million, both of those breaking with tradition and ending up with $932.7 million and $814.1 million, respectively. Those are two of the three movies that have managed to surpass “Avatar’s” domestic gross with Marvel’s “Avengers: Endgame” being the third.

For many moviegoers, the preferred way of seeing “The Way of Water” will be one of the large-format or other premium screenings which will bump up the average ticket price significantly, although we shouldn’t assume from “Avatar’s” gross that everyone who saw that first movie will rush out opening weekend and business is more likely to be spread out over the next two weeks.

“Avatar” should win the weekend by a large margin over “Black Panther: Wakanda Forever” in its sixth weekend, but I personally think it will open under $150 million, though maybe not by that much. It certainly has the ability to pull out a shocker of a weekend opening closer to $200 million, but even if it falls short, it should be able to make close to $600 million domestically and maybe even more if it gets Oscar nominations in January.

Check back on Sunday to see how “Avatar: The Way of Water” fared in its first weekend in theaters. 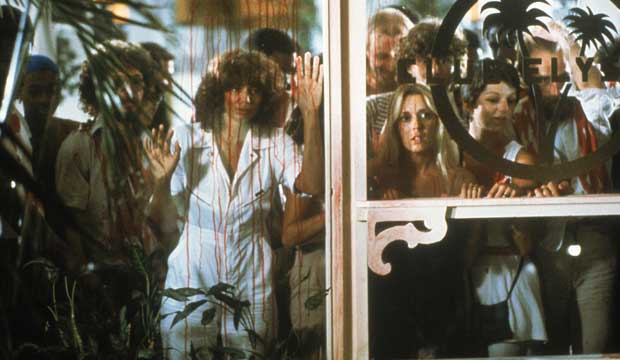