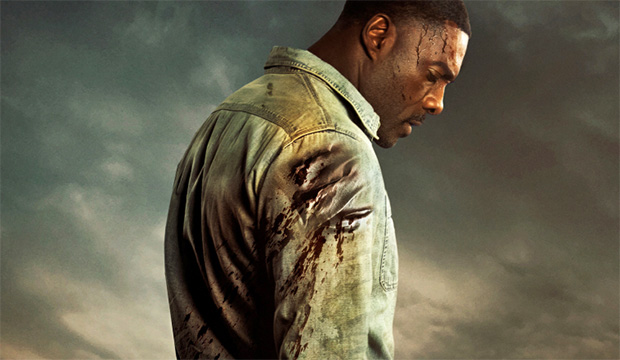 After one of the worst weekends at the box office since February, many have been ready to give up on the summer of 2022, but never fear. There’s still a few hopes that things will pick up before Labor Day — but not that much hope, really. Read on for Gold Derby’s box office preview.

On Friday, Universal releases “Beast,” a killer lion thriller starring Idris Elba and Sharlto Copley that’s directed by Icelandic filmmaker Baltasar Kormákur (“Everest”). In the movie, Elba plays the father of two teen daughters who all go on an African safari only to encounter the beast of the title, a rogue lion with deadly intentions.

It seems like a great high-concept creature thriller ala 2019’s “Crawl,” which opened with $12 million in July and actually held up well due to word-of-mouth. It’s hard to tell whether Elba’s considerable star power might be in play, since over the past few years, he’s appeared in so many franchise flicks, usually in supporting roles. Probably the best comparison may be Elba’s 2017 survival thriller “The Mountain Between Us” with Kate Winslet, and that only opened with $10 million in October after a high-profile Toronto International Film Festival premiere.

Since reviews won’t be released until Thursday, it’s hard to gauge whether they might help or hurt the movie’s business, but it’s likely to end up somewhere between $10 million and $15 million for the weekend. (Oddly, Elba stars in another film next weekend, George Miller’s “Three Thousand Years of Longing,” playing a djinn who grants Tilda Swinton three wishes.)

“Beast” might have some unexpected competition from CrunchyRoll’s animated sequel “Dragon Ball Super: Super Hero,” continuing the popular anime in a theatrical-only release. It’s the sequel to the most recent incarnation of the anime “Dragon Ball Z,” which has been airing in Japan and then the United States going all the way back to 1989, finding new and younger fans with each incarnation.

Its predecessor, “Dragon Ball Super: Broly,” opened on a Wednesday in January 2019, and after making $10.3 million in its first two days, it addend another $9.8 million over the three-day weekend and $22.3 million through the M.LK. Jr. holiday Monday. It actually made most of its $30.4 million domestic take in those first six days, showing that it’s an anime that can bring fans out to theaters. Oh, it also made that amount while playing in only 1,250 theaters, which is huge, because “Super Hero” is booked onto around 3,940 screens (including IMAX and other premium formats) this weekend. So far, the reviews are terrific, boasting 100% on Rotten Tomatoes from 15 reviews, at the time of this writing.

Last year in April, just as movie theaters in New York and L.A. were reopening, FUNimation (now a part of CrunchyRoll) opened its “Demon Slayer” picture to $22.8 million in 1,605 theaters in a tight race for first place against Warner Bros’ “Mortal Kombat” reboot. The latter just barely eked out a win with $23 million.

In other words, the built-in fanbase for “Dragon Ball” and anime in general should push “Dragon Ball Super: Super Hero” over $15 million and probably close to $20 million, which will be enough to take first place this weekend.

A24 plans on expanding its horror film “Bodies Bodies Bodies” into 2,000 or more theaters this weekend, which should keep it in the Top 10 for at least one more outing.

Otherwise, we’re probably looking at “Bullet Train,” “Top Gun: Maverick” and “DC League of Super-Pets” to fill out the Top 5 this weekend.

As far as limited releases, IFC Films is unveiling Jeff Baena’s ensemble comedy “Spin Me Round,” co-written and starring Allison Brie, as well as Baena’s wife, Aubrey Plaza, Alessandro Nivola, and many more. In the movie, Brie plays the manager of a chain Italian restaurant, Tuscan Grove, who is invited to Tuscany where she gets into a romance with the chain’s head, played by Nivola.

Also, Stephan James (“If Beale Street Could Talk”) and Oscar winner Marisa Tomei star in the crime-drama “Delia’s Gone,” which will be released into select cities by Vertical Entertainment.

Check back on Sunday for a recap of how the movies fared over the weekend.