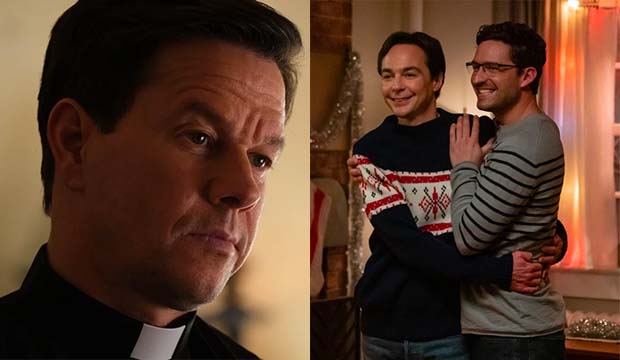 This weekend was never going to be a great one at the box office. In fact, the top five mostly remained the same from last weekend as no movie opened or expanded into more than 1,000 theaters.

Marvel Studios’ “Black Panther: Wakanda Forever” became the third movie of 2022 to cross the $400 million mark on Friday, as it won a fifth weekend in a row with an estimated $11.1 million, down just 37% from last weekend. So far, “Wakanda Forever” has grossed $409.8 million in North America, making it the 36th highest-grossing, having passed the gross of 2016’s “Captain America: Civil War” with “Iron Man 3” and “Doctor Strange in the Multiverse of Madness” in its sights, as well as “Wonder Woman,” since it should make a few million in the coming week.

Universal’s dark holiday action-comedy, “Violent Night,” starring David Harbour, remained in second place with $8.7 million, down just 35% from its opening weekend. It has grossed $26.7 million in its first ten days, giving Universal a stronger holiday release than some of its planned prestige Oscar bait.

Disney’s animated “Strange World” held up better in its third weekend, taking third place with $3.6 million, down 29% in its third weekend. It has made $30.4 million since opening over Thanksgiving, which shows that the Disney animated brand hasn’t fully recovered since the company decided to release so many of its animated fare on the Disney+ streamer.

SEE 2023 Oscars: Deadlines and dates for key stops on the road to the 95th Academy Awards

Searchlight Studios’ “The Menu” remained in fourth place with $2.7 million, down just 22% from last weekend with $29 million grossed so far. Like “Violent Night,” it shows that lower-budget fare can find a decent younger audience even as fare targeting older audiences is faltering.

Sony’s fighter pilot drama, “Devotion,” remained in fifth place with $2 million, but it has grossed less than $17 million since its own Thanksgiving opening.

Universal expanded Steven Spielberg’s “The Fabelmans” into 973 theaters where it made less than $1.2 million over the weekend for seventh place. Although it only had a 7% drop from last weekend, it has also only made $7.3 million domestically, and it’s likely to get dropped from theaters to make way for stronger holiday fare.

Focus Features expanded the dramedy “Spoiler Alert,” starring Jim Parsons and Ben Aldridge, into 781 theaters, but it barely got into the top ten itself, taking ninth place with $700,000. It has grossed $803,000 so far, also not a great sign for any sort of theatrical future.

A24 opened Darren Aronofsky’s drama “The Whale,” starring Brendan Fraser in a role that’s sure to get him many awards and nominations, in 6 theaters in New York and L.A. where it grossed an estimated $360,000. The movie’s $60,000 per theater average is the best for any platform release this year, a good sign for the movie’s planned expansion on December 21. The movie has done better in its platform release than both “Everything Everywhere All at Once” and “The Banshees of Inisherin,” so we’ll have to see if that gives the movie an advantage in the Oscar race.

On the other hand, Sam Mendes’ “Empire of Light” didn’t fare nearly as well in 110 theaters, in which the Olivia Colman-starrer brought in $160,000 this weekend or $1,455 per theater. Searchlight plans on expanding Mendes’ film over the Christmas weekend as well.

Atlas Distribution released the holiday horror-comedy, “The Mean One” (a horror twist on Dr. Seuss’s “How the Grinch Stole Christmas), into 162 theaters where it grossed $220,000 this weekend with a per-theater average just behind that of “Empire of Light.”

Maybe Sony should let sleeping dogs lay (as the saying goes), because re-releasing Mark Wahlberg’s “Father Stu: Reborn,” a PG-13 version of the April 2022 release, into 993 theaters, ended up being a huge mistake. It ended up well outside the top ten with $110,000 or $109 per theater.

Once again, most players in the box office prediction game picked “Wakanda Forever” to win the weekend with less than $25 million, and the same predicted correctly for 2nd through 4th place. Fifth place was mostly divided between the two Sony movies, “Devotion” (correct) and “Father Stu: Reborn” (incorrect).

Seven players went 6 for 6 in the December 2 game with “paulhardister” scoring the most points with 102,287.

On Friday, James Cameron’s “Avatar: The Way of Water” will open nationwide, and we’ll have more to say about that in Wednesday’s weekend box office preview.