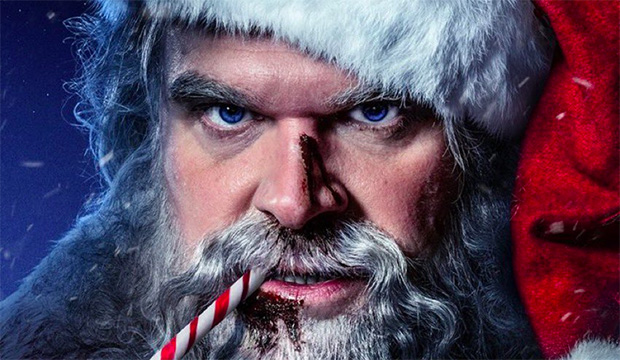 Some might say that second place is nothing to write home about, but not in the case of David Harbour’s violent holiday action-comedy “Violent Night.” It opened in 3,682 theaters against Marvel’s “Black Panther: Wakanda Forever,” which has topped the box office since opening in mid-November four weeks ago.

Even so, “Violent Night” came out on top Friday with $4.9 million over “Wakanda’s” $4.1 million, although the former did include the $1.1 million from Thursday previews in that number. “Wakanda” still ended up winning the weekend with an estimated $17.6 million, a hefty 61% drop from its Thanksgiving weekend. It has currently grossed $393.7 million domestically, so expect it to cross $400 million in the coming week. It has grossed $339 million overseas to cross the $700 million mark, globally.

“Violent Night,” which co-stars John Leguizamo and Beverly D’Angelo, received mixed-positive reviews with 70% on Rotten Tomatoes and a “B+” CinemaScore. It still managed to build on its opening day to amass $13.3 million over the weekend, showing that word-of-mouth (and the impending holidays) has helped the movie find an audience. It should continue to do well through the rest of the month.

Meanwhile, Searchlight’s “The Menu,” starring Anya Taylor-Joy and Ralph Fiennes, continues to do well, taking advantage of “Glass Onion” leaving theaters to take fourth place with $3.6 million – down 35%, the smallest drop for any movie in the top 10 – and $24.7 million so far. It’s interesting to see Searchlight doing so well with this dark comedy compared to parent company Disney with its original animated feature.

Sony’s “Devotion” dropped to fifth place with $2.8 million, down 53% from its Thanksgiving opening. It has grossed just $14 million so far, unable to capitalize on the actor (Glen Powell) and genre it shares with “Top Gun: Maverick.”

The faith-based drama “I Heard the Bells,” about the writing of the popular Christmas carol, opened on Thursday with $760,000 in 955 theaters and ended up in sixth place with $1.8 million over the weekend and $2.6 million in its first four days.

Dwayne Johnson’s superhero flick, “Black Adam,” grossed another $1.7 million to take seventh place, down 49% from last weekend but with $165.2 million grossed in North America so far.

SEEOscar Experts Typing: Who will round out the Best Actress final 5?

Steven Spielberg‘s “The Fabelmans” dropped to eighth place with $1.3 million, down 43% from last weekend but with only $5.6 million grossed so far.

Although Crunchyroll opened the anime, “The Quintessential Quintuplets Movie,” into 910 theaters, it didn’t bring in as much business as their last two releases, opening outside the top 10 with $502,000 or $551 per theater.

Speaking of “Top Gun: Maverick,” Paramount re-released Tom Cruise’s action movie, which has already grossed over $700 million, into 1,864 theaters Friday, where it made $700,000 more over the weekend.

Focus Features opened the drama “Spoiler Alert,” starring Jim Parsons and Ben Aldridge, in six theaters in New York, L.A. and San Francisco, where it made $85,000 or $14,167 per venue, which is not a great start for the movie planned for a wide release next weekend.

Not too big a surprise that most players in the box office prediction game picked “Wakanda Forever” to win the weekend again, though the majority picked it making between $25 and $50 million, rather than below $25 million (picked by one-third of players). Second and third place were fairly split between “Strange World” and “Violent Night,” though more got it wrong than right. The majority got “The Menu” right in fourth place, though the majority also picked it for fifth place.

Ten players went six for six in the Thanksgiving box office game (which did accept “Glass Onion” for third place) with “Max” and “dean317” scoring the most points.

There’s not a lot going on next weekend other than “Spoiler Alert” expanding nationwide and Sony releasing “Father Stu: Reborn,” as well as a few awards-worthy movies in limited release, so check back on Wednesday for the weekend preview.

15 best Christmas movies of all time, ranked worst to best 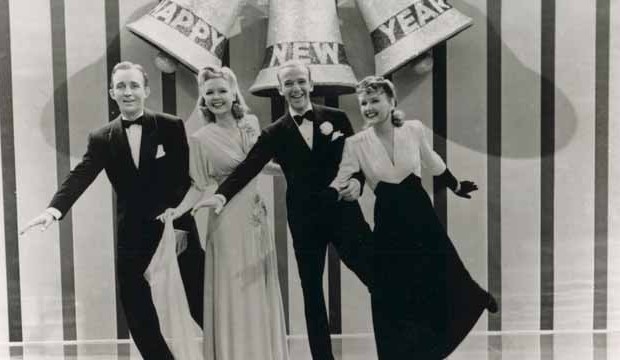