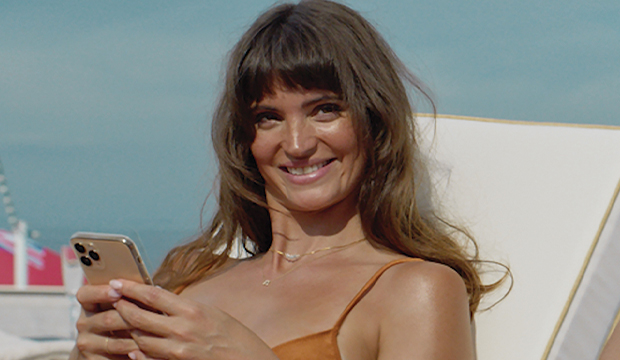 A quarter century after winning her third film acting Golden Globe, Ingrid Bergman was honored by the Hollywood Foreign Press Association one last time for her performance in the TV movie “A Woman Called Golda.” This victory was historic in that it occurred five months after her death, thus making her the only actress to ever win a Golden Globe posthumously. She also remains one of only two deceased female performers ever nominated by the HFPA, but the group could soon grow by one if the recently departed Charlbi Dean (“Triangle of Sadness”) lands in the 2023 Best Film Comedy/Musical Actress lineup.

Dean passed away at the age of 32 on August 29, 2022, which happened to be the 40th anniversary of Bergman’s death. Her performance as social media influencer Yaya in “Triangle of Sadness” has been heavily praised since the film premiered in Cannes this spring, and she now ranks eighth on Gold Derby’s Best Film Comedy/Musical Actress Golden Globe predictions list. If she does end up in the final five, she will be the first woman ever posthumously recognized by the HFPA for film acting.

After Bergman, the only other actress who has died before receiving a Golden Globe nomination is Lilli Palmer, whose 1987 Best TV Supporting Actress bid for “Peter the Great” came one full year after her passing. In the end, the winner of that contest was Olivia de Havilland (“Anastasia: The Mystery of Anna”).

A total of seven men have posthumously contended for Golden Globes, beginning with 1959 Best Film Drama Actor nominee Robert Donat (“The Inn of the Sixth Happiness”). He has since been followed on the film side by fellow leads Spencer Tracy (“Guess Who’s Coming to Dinner,” 1968), Peter Finch (“Network,” 1977), and Chadwick Boseman (“Ma Rainey’s Black Bottom,” 2021), as well as supporting player Heath Ledger (“The Dark Knight,” 2009). The three most recent entrants on this list all prevailed, while Donat and Tracy lost to David Niven (“Separate Tables”) and Rod Steiger (“In the Heat of the Night”), respectively.

Finch was still alive at the time of his nomination for “Network” but died 15 days before earning his win. That same year, 22-year-old “Chico and the Man” star Freddie Prinze became a posthumous nominee on the day of the ceremony. He was bested in his Best TV Comedy Actor race by Henry Winkler (“Happy Days”). The only other small screen performer who achieved HFPA recognition after death was Raul Julia, who received the 1995 Best TV Movie/Limited Actor prize for “The Burning Season.”

We currently predict that “Triangle of Sadness” will be included among this year’s Golden Globe nominees for Best Comedy/Musical Film. It also has outside shots at directing and writing bids, as well as additional acting notices for Harris Dickinson, Dolly De Leon, and Woody Harrelson.