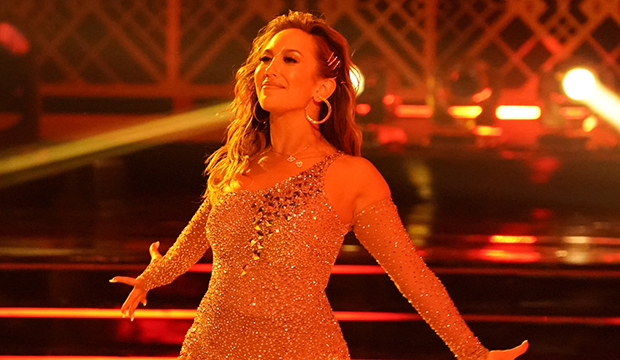 Cheryl Burke has hung up her dancing shoes, but she has made no secret of her desire to hold up a judges’ paddle on “Dancing with the Stars.” With Len Goodman‘s retirement, there is an empty seat at the table, but there is no word yet on whether she’ll be filling it.

“I think the whole world knows at this point that I would definitely love to. But it’s not up to me,” Burke told “Entertainment Tonight” after Monday’s Season 31 finale. “What is up to me is my future, and I do know that it is time for me to evolve and see what else there is. Because there is life after ‘Dancing with the Stars,’ so I’ve heard. I don’t know yet. I’ll let you know.”

Burke, who was on 26 seasons of the franchise, has been very vocal about transitioning from pro to judge, like Derek Hough has done. Earlier this week, after announcing her retirement as a pro, the two-time champ said that producers have been “very well aware for probably a few years now” that she wants to be a judge.

A decision on the Season 32 judges’ panel probably won’t be made for some time, but “ET,” citing a source, has reported that the show will likely return to a three-judge format next season. Hough, Carrie Ann Inaba and Bruno Tonioli are all expected to return.

Even if that’s the case, Burke may not be gone from your TV screens for too long. “There’s talks of me being a part of a very popular TV show, but I can’t say anything,” she teased. “It’s not finalized 100 percent, but that could be happening soon.”