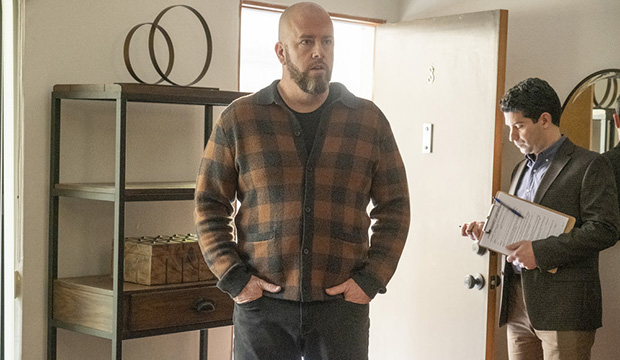 Chris Sullivan faced a more difficult task than many of his “This Is Us” castmates did on the final season of the NBC drama. As hinted in a Season 5 flash-forward, Sullivan’s character, Toby, and his wife, Kate (Chrissy Metz), had not only grown apart but separated. Season 6 has largely revolved around the pair who may have seemed like soulmates at one time realizing that their marriage was unsustainable. In that process, both Sullivan and Metz go to darker places than they ever had before in the series, particularly the former.

Toby’s big move to work in San Francisco proved fatal to their marriage. Kate grew increasingly frustrated with Toby’s lack of presence in the household as she raised their two kids on top of her own job. After one too many squabbles, the pair tried out couples therapy, which was not ultimately able to resolve their issues. Throughout the final season, Sullivan has toed the line of expressing Toby’s anger in new, unpleasant ways while also giving us glimpses of the sardonic, lovable Toby we’ve come to know in past seasons. The fateful “Katoby” episode, in which they finalize their divorce, is a particular highlight for Sullivan, who gets to show the many facets of Toby Damon.

Sullivan has been singled out by the Emmys in two different years, 2019 and 2021. In both instances, the actor was underestimated by awards prognosticators, having been overlooked for the show’s first two seasons, then getting in for Season 3, then snubbed for Season 4 only to be nominated again last year. Once again, Sullivan is being underestimated by predictors, with the actor in 16th place for a Best Drama Supporting Actor nomination, according to the latest Gold Derby Emmy odds.

But with eight slots expected in the category, Sullivan could easily land his third and final nomination for the show. After all, he is the only nominee from last year’s lineup who is even eligible again for the same show (Giancarlo Esposito was nominated last year for “The Mandalorian” and is eligible this year for “Better Call Saul”). Sullivan’s work could have been passed up if the material wasn’t strong enough, but for Emmy voters still watching “This Is Us,” his performance on this final season will make him hard to ignore.

PREDICTthe 2022 Emmy nominees by July 12
Emmy odds for Best Drama Supporting Actor
Who will be nominated?