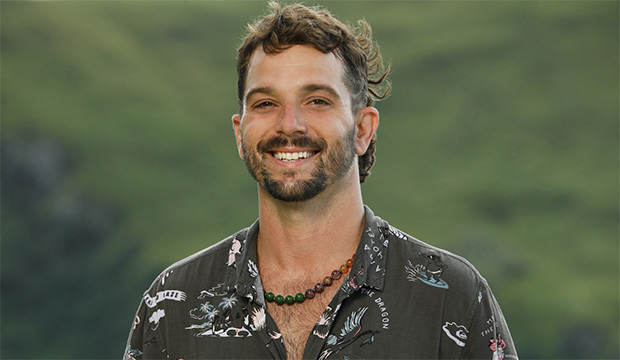 On Wednesday’s 12th episode of “Survivor 43” we were treated to a glorious blindside that brought the strategy of storing hidden idols to a crashing halt. Not only was Cody Assenmacher‘s idol flushed out of the game, but it was used against him in a brilliant plan by his most trusted ally to take him out despite his own “95%” certainty that he was safe. Read on for Cody’s “Survivor 43” exit interview from the end of the episode.

Orchestrated by Jesse Lopez, who Cody has been working very closely with for weeks as the powerful fence-straddlers between two sides of the game, the plan was to seize an opportunity to flush Cody’s idol, leaving him vulnerable to the vote, while also spooking Karla Cruz Godoy into using her own as well. And it worked like a charm. In fact, the plan was conceived because of Cody’s own plan to flush Karla’s and blindside her, which Jesse realized would be a feather in Cody’s cap in front of the jury. Knowing that he’d been working closely with Cody the whole game, any big moves Cody could claim would leave Jesse looking like a second in command with no resume of his own to present to the jury.

When Jesse played his idol at tribal council on behalf of Owen Knight, Cody knew immediately that Jesse was up to no good. Disappointment, shock and worry spread quickly across Cody’s face. That’s why he was still flabbergasted when speaking to producers after his elimination: “My heart is crushed. It is freaking crushed,” Cody started, continuing with an explanation of his shock. “I can’t believe this just happened. My main man Jesse completely backstabbed me and, um, it’s an incredible play. I can’t fault him on that, I should have known better.”

The saddest part of Cody’s blindside was that moments before the players cast their votes, Jeff went around the group asking each of them how confident they were that the vote would go the way they thought. Cody was the most confident, revising his original confidence level from 9 out of 10 to 9.5 out of 10, giving 95% certainty that he was on the right side of the vote. Looking back, that could be an embarrassing amount of confidence for someone who had willingly let someone else hold on to his idol since the merge and had just told a story in front of the jury about how scared he was that he’d be voted out that he’d be playing his idol that night. The overconfidence and the sheer brilliance of Jesse’s plan playing out just as he had devised it made for excellent television though, especially for a season that saw many advantages floating around, but none yet effectively played.

Cody was quite the character throughout the season. He made a splash early on in the season by wanting to make overtly aggressive and big moves, like the time he went to the Coco camp with the objective of getting to take one item of theirs, but tricked them into giving him multiple items instead of just the one. By the time the merge rolled around he was more comfortable playing from the middle with Jesse, but that did not change his overall infectiously positive attitude.

By no surprise, Cody did not seem too upset by Jesse’s backstab move. Cody gave Jesse a warm hug and assured him that there’s no explaining to do before leaving tribal council. Once gone, he assured us as the audience that he’s still in a state of positivity and smiling ear to ear said, “I’m gonna continue to have the time of my life. I’ll keep trucking. I’m gonna keep smiling, but f- you Jesse. F- you.”