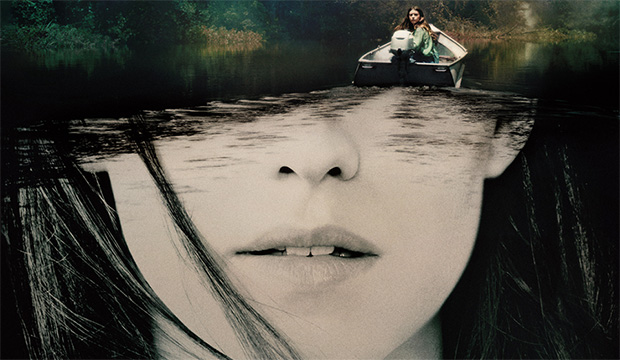 It’s been quite some time since we’ve had back-to-back movies opening with over $100 million, but the box office seems to be thriving with so many strong summer releases, even when critics or audiences don’t agree on whether those movies are actually any good. Into this market comes three wide releases, all lower profile and maybe not as exciting as other summer fare. Can any of them make an impact? Read on for our box office preview.

SEE Box office: ‘Top Gun: Maverick’ skyrockets to $600 million, only 12th movie ever to do so

The highest profile new release of the weekend comes from Sony with “Where the Crawdads Sing,” an adaptation of Delia Owens‘ book that was picked up by Reese Witherspoon to produce as a movie. Directed by Olivia Newman (“First Match”), the film stars Daisy Edgar-Jones from “Normal People,” Harris Dickinson from “The King’s Man” and Oscar nominee David Strathairn, the former playing Kya Clark, a woman raised in the deep South who becomes a suspect for murder. The movie also features a new song from Taylor Swift that could act as another selling point for young women.

Reviews for “Crawdads” hit on Tuesday morning and they weren’t great, currently at 38% on Rotten Tomatoes. There are some movies that can get by without getting stellar reviews, but a drama geared specifically toward women may not be one of them.

“Crawdads” is one of those box office anomalies where it could have a much bigger built-in audience than anyone is expecting from the millions who have read and love the book, but I still think it’ll end up somewhere in the $15 million range, which should be good for third place behind “Thor: Love and Thunder” and “Minions: The Rise of Gru.”

The second high-profile movie comes from Paramount and Nickelodeon, the animated film “Paws of Fury: The Legend of Hank,” which has the lofty distinction of being based on an earlier screenplay co-written by comedy greats Mel Brooks and Richard Pryor. In fact, it was originally called “Blazing Samurai,” and was meant as some sort of animated remake of “Blazing Saddles,” although obviously more geared toward family audiences. The animated movie, which seems to be in the vein of the “Kung Fu Panda” movies, is about a dog named Hank (voiced by Michael Cera), who dreams of becoming a samurai. The voice cast includes Samuel L. Jackson, Ricky Gervais, Michelle Yeoh, George Takei, Gabriel Iglesias, Djimon Hounsou and Brooks himself.

Reviews for “Paws of Fury” are still trickling in, but one presumes they ultimately won’t be anywhere in the range of other more popular animated films from Pixar, DreamWorks or Illumination (aka home of the Minions). Since there doesn’t seem to be very much awareness of the film otherwise, this one may struggle to make $10 million this weekend with “Minions” still doing well and there being other family options.

One of the more underrated releases hoping to break out this weekend is Focus Features’ “Mrs. Harris Goes to Paris,” starring Oscar nominee Lesley Manville (“Phantom Thread”) as the title character, a widowed British cleaning woman who dreams of getting a lavish and glamorous Dior dress in Paris. It’s a cute and quaint Britcom, co-starring Jason Isaacs, Isabelle Huppert and Lambert Wilson, which will open in roughly 1,000 theaters where it should mainly bring in older women with solid reviews. It should do well enough to break into the bottom part of the top ten with a little over $2 million.

At one point, A24 was supposed to expand Dean Fleischer-Camp’s “Marcel the Shell with Shoes On,” conceived and co-written with voice work by Jenny Slate, nationwide, but that plan seems to have been delayed since it’s only going to expand into 120 to 140 theaters on Friday.

Those who play Gold Derby’s box office prediction game may want to pay attention to “Thor: Love and Thunder” in its second weekend, since it’s bound to be #1 again but probably with a very steep drop from its opening weekend. It could end up right on the cusp of $50 million this weekend, so players will have to decide whether it will be over or under that amount.

A few interesting limited releases opening Friday include the Russo Brothers’ “The Gray Man,” starring Chris Evans, Ryan Gosling and Ana de Armas, in advance of streaming on Netflix, and the bizarre IFC Midnight horror film, “She Will.”

Check back on Sunday for a recap of how all the movies above did against the bigger summer movies like “Thor: Love and Thunder” and “Minions: The Rise of Gru.”