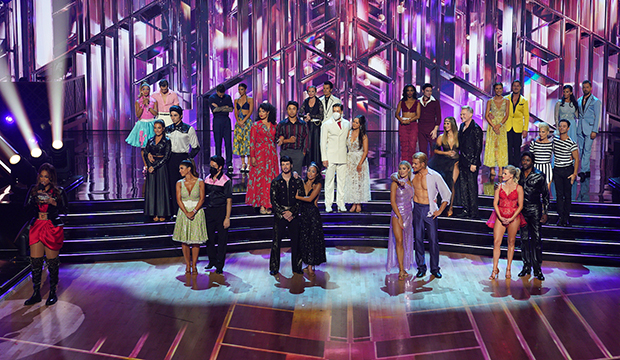 “Dancing with the Stars” will get shaken, not stirred, when it celebrates Bond Night on Monday’s episode.

To mark the 60th anniversary of the release of the first James Bond film, “Dr. No,” the top 14 will perform to Bond theme songs on Week 3. But you won’t hear one notable tune: Adele‘s “Skyfall” from the 2012 film of the same name and the first Bond theme to win the Best Original Song Oscar. The subsequent two Oscar-winning themes, Sam Smith‘s “Writing on the Wall” from 2015’s “Spectre” and Billie Eilish‘s title track to last year’s “No Time to Die,” will be represented on the show.

And with the moody nature of most of the tracks, you will not be shocked to learn that there will be lots of rumbas — eight of them, to be exact. Definitely a missed opportunity not to make it 007.

For the second week in a row, Joseph Baena will partner with troupe member Alexis Warr as Daniella Karagach recovers from COVID-19.

Selma Blair and Sasha Farber: rumba (“For Your Eyes Only” by Sheena Easton)

Charli D’Amelio and Mark Ballas: rumba (“No Time To Die” by Billie Eilish)

Trevor Donovan and Emma Slater: tango (“You Know My Name” by Chris Cornell)

Daniel Durant and Britt Stewart: rumba (“The World Is Not Enough” by Garbage)