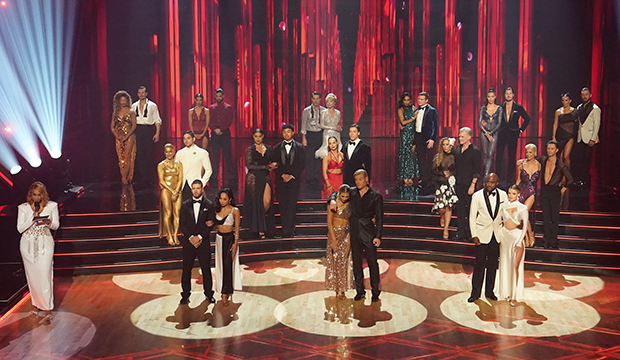 The most synergistic night on “Dancing with the Stars” now comes with a slight twist. Disney Night is so yesterday (and a broadcast network ago). It’s time to bring on Disney+ Night.

In honor of the show’s new home, the remaining 13 couples will perform to songs featured in a film or series on the streaming service. That means there won’t just be the usual Disney classics and animated films represented, but also “Hamilton,” “Guardians of the Galaxy Vol. 2,” “The Simpsons” and the recently released “Hocus Pocus 2.” Gotta love the promo.

After missing the past two shows because of COVID-19, Daniella Karagach will be back on Monday to perform the Charleston to “A Star Is Born” from “Hercules” with Joseph Baena. She had choreographed the routine while quarantining and had teased it earlier this week as ” so cool, so fun.”

Joseph Baena and Daniella Karagach: Charleston (“A Star Is Born” from “Hercules”)

Wayne Brady and Witney Carson: jazz (“Wait for It” from “Hamilton”)

Jessie James Decker and Alan Bersten: jive (“One Way or Another” from “Hocus Pocus 2”)

Trevor Donovan and Emma Slater: samba (“Life Is a Highway” from “Cars”)

Shangela and Gleb Savchenko: Charleston (“Dig a Little Deeper” from “The Princess and the Frog”)

Jordin Sparks and Brandon Armstrong: jazz (“Remember Me” from “Coco”)