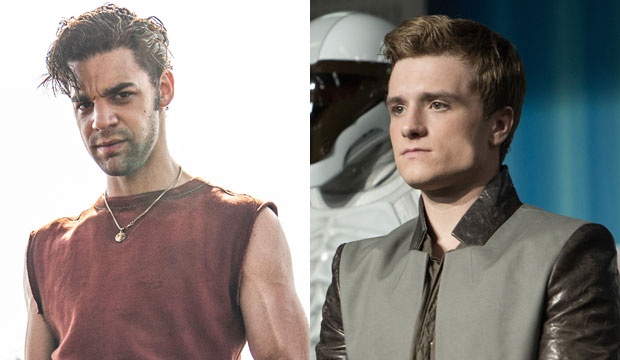 With “Dancing with the Stars” set to come back for a 31st season this fall on Disney+, there’s a long list of celebrities who deserve to compete on the dance floor. Below is a list of male stars I think the show should consider inviting to the ballroom to vie for the next Mirror Ball Trophy. Do you agree with my picks? Vote in our poll at the bottom of this post to let us know which you’d most like to see on “DWTS.” And feel free to let us know in the comments what other stars you would like to see when the show comes back in September.

SEEEverything to know about ‘Dancing with the Stars’ Season 31, from its new network to its new producer

Having trained with the American Ballet Theatre, he won a Tony Award at just 15-years-old as one of the three boys who originated the title character in “Billy Elliot” on Broadway. Most recently, Alvarez got to show off his skills as a triple threat to mainstream audiences as Bernardo in Steven Spielberg‘s Academy Award-winning film adaptation of “West Side Story” (released by 20th Century Studios, a division of Disney). Theater vets have a strong track record in the ballroom, including Mirror Ball champions Alfonso Ribeiro (season 19) and Jordan Fisher (season 25).

This founding member and bassist of the rock band Red Hot Chili Peppers is not only musically inclined, but he’s also a professional actor. Flea even had small roles in high profile movies such as 1998’s “The Big Lebowski,” 2017’s “Baby Driver,” and most recently as Vect Nokru on the Disney+ miniseries, “Obi-Wan Kenobi.” Perhaps Disney could give this Renaissance man something new for him to try: ballroom dancing.

He may best best known for his role on the 1970s television series, “Starsky and Hutch,” but he also happens to be musically inclined. Glaser made his motion picture debut as Perchik in Norman Jewison‘s 1971 film adaptation of “Fiddler on the Roof” and went on to play Tevye in a U.K. tour of that same musical back in 2013-14. At age 79, he would be the oldest Mirror Ball champ by far. While that could be a disadvantage, that doesn’t mean Glaser shouldn’t try.

In 2012, he achieved international fame as Peeta Mellark in “The Hunger Games” movies, where his character had to fight to the death in a tournament. Now 10 years later, would Josh Hutcherson like to try his hand at a different tournament for the Mirror Ball trophy? One of his former “Hunger Games” co-stars, Willow Shields, came in seventh place on season 20. Maybe Hutcherson could do better.

This former professional basketball star played 15 seasons in the NBA, winning six championships with the Chicago Bulls. Jordan also tried his hand at acting, most notably by starring in the 1996 cult film “Space Jam.” While several athletes have done well in the ballroom before, no basketball player had ever won the Mirror Ball Trophy until Iman Shumpert made history last fall. Would it be worth a try for Jordan to make it two in a row?

This former professional boxer reigned as the undisputed world heavyweight champion from 1987 to 1990. Previous boxers who’ve competed for the Mirror Ball trophy include Evander Holyfield (who came in fifth place on the first season), Laila Ali (third place on season 4), Floyd Mayweather, Jr. (ninth place on season 5), Sugar Ray Leonard (ninth place on season 12), and Victor Ortiz (eighth place on season 16). So far, the track record hasn’t been great. Though if another boxer deserves a shot in the ballroom, it would be one of the greatest of all time.