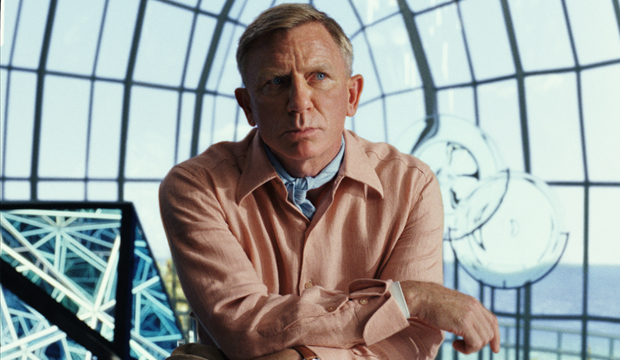 Nearly three decades into his acting career, Daniel Craig earned his first Golden Globe notice for his lead performance as eccentric detective Benoit Blanc in the 2019 mystery movie “Knives Out.” Although he was defeated in this Best Film Comedy/Musical Actor race by Taron Egerton (“Rocketman”), his portrayal of Blanc may still be honored by the Hollywood Foreign Press Association since the character’s story has now continued in “Glass Onion: A Knives Out Mystery.” Even a nomination for the sequel would make him only the 16th performer to receive multiple Golden Globe mentions for playing a single film character.

Three years ago, Craig placed fourth in Gold Derby’s final Best Film Comedy/Musical Actor nominations predictions, and his “Glass Onion” performance puts him two spots higher on our current list. The only actor outpacing him this time is “The Banshees of Inisherin” star Colin Farrell, who is seeking his second win in the category after triumphing for “In Bruges” in 2009. We also predict that “Glass Onion” will follow “Knives Out” as a Best Film Comedy/Musical nominee and pick up bids for Best Film Supporting Actress (Janelle Monáe) and Best Film Screenplay.

Craig would be only the fourth male actor to earn HFPA recognition for a comedy or musical film and at least one of its sequels. This precedent was established by Peter Sellers, whose first three lead Golden Globe nominations came for his portrayal of Inspector Jacques Clouseau in “The Pink Panther” (1965), “The Return of the Pink Panther” (1976), and “The Pink Panther Strikes Again” (1977). He has since been followed by Johnny Depp as Captain Jack Sparrow (“Pirates of the Caribbean: The Curse of the Black Pearl,” 2004; “Pirates of the Caribbean: Dead Man’s Chest,” 2007) and Sacha Baron Cohen as Borat Sagdiyev (“Borat,” 2007; “Borat Subsequent Moviefilm,” 2021).