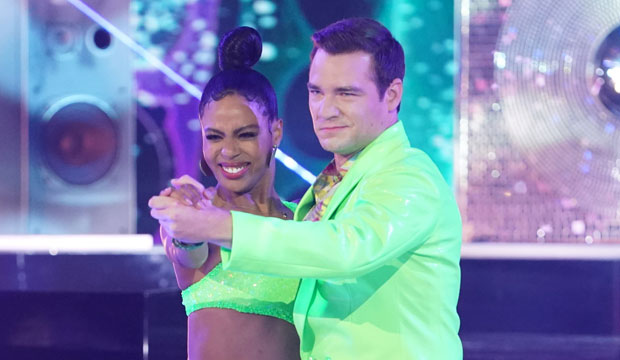 When model Nyle DiMarco won the Mirror Ball Trophy in season 22 with pro partner Peta Murgatroyd on “Dancing with the Stars,” it was a historic feat. It was the first time a deaf contestant ever won the competition. Now there’s a chance for lightning to strike twice. Daniel Durant, a deaf actor who co-starred in the Oscar-winning film “CODA,” is in the ballroom this season, and he’s off to a good start.

SEE‘Dancing with the Stars’ season 31 premiere recap: How did it go when the show made its Disney+ debut? [UPDATING LIVE BLOG]

Durant is paired with pro partner Britt Stewart. “I’ve never had the opportunity to teach anyone that is deaf, so I’m going to have to find a new approach on how we communicate,” she admitted while they were training for their premiere night tango. He agreed that “communicating might be a challenge,” but while he can’t hear the music, he can feel the music, like the song he chose for his first dance, “Barbra Streisand” by Duck Sauce. “When I first felt that song at the club I went right up to the speaker and I felt the bass all through my body.” Feeling that beat makes him want to dance as much as any hearing person.

The judges were impressed too. Carrie Ann Inaba thought their routine was “amazing.” Len Goodman thought it was “sharp” with “plenty of attack.” Derek Hough complimented his frame. Bruno Tonioli called him “a magnetic performer.” His total score of 27 out of 40 placed him sixth out of 16 contestants. And in our racetrack odds, he’s in the top seven. Not a bad first week. “First ‘CODA’ wins an Oscar. Next, I gotta get a Mirror Ball,” Durant said. “It’ll happen.” It just might.

'Dancing with the Stars' season 31 cast: These 16 celebs are competing for the Mirror Ball Trophy 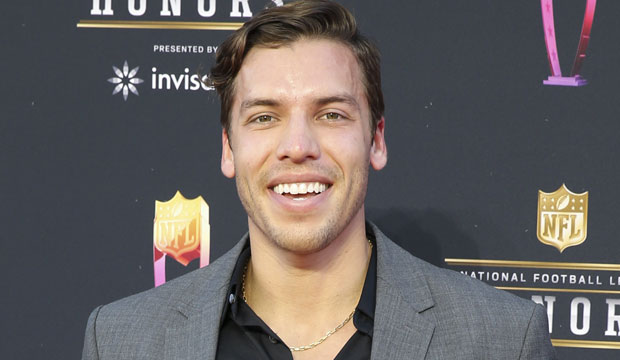