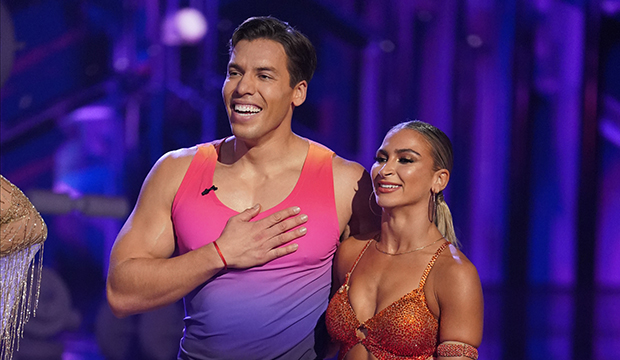 As previously announced, Daniella Karagach will miss “Dancing with the Stars” for the second consecutive week due to COVID-19, but there’s finally a return date for her: next Monday, Oct. 10.

The reigning champ announced the news in a series of Instagram Stories on Sunday night while also revealing next week’s theme — the synergistic staple Disney Night — and that she has already choreographed the routine for her and partner Joseph Baena.

“Good news is I am finally back next week. I am so excited,” Karagach said. “I finished choreographing the dance earlier this week after 500 million hours sitting at home. Oh, my gosh, you guys. Quarantine was the worst. … So I’m so excited to finally be back next week. There’s no way I’m missing Disney Night. It’s going to be so, so cool, so fun. I cannot wait for you guys to see what we’re going to be doing.”

Karagach missed last week’s episode of “Dancing” after testing positive for COVID. Troupe member Alexis Warr stepped in for her at the last minute, and she and Baena scored a 24 for their Viennese waltz on Elvis Night. ABC announced last week that Warr will be filling in for Karagach again for Bond Night, during which she and the bodybuilder will perform the Argentine tango to Sam Smith‘s “Writing’s on the Wall” from “Spectre” (2015).

“I’ve seen their dance. It’s awesome,” Karagach shared. “You guys are going to love it. I can’t wait to watch it on TV. I’m going to be supporting them all the way, so please make sure you tune in and vote for them.”