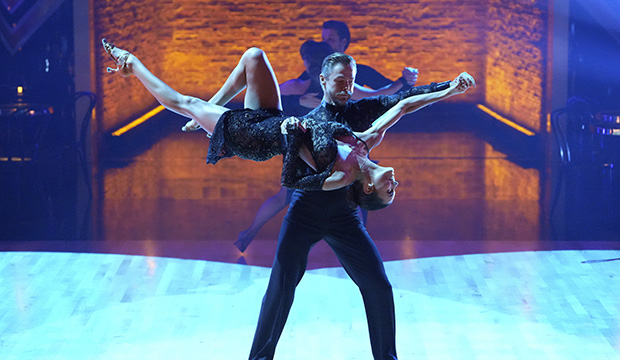 Derek Hough and Hayley Erbert won’t be hitting the “Dancing with the Stars” floor after all. The couple was slated to perform on Monday’s Season 31 finale but has dropped out after Erbert injured her shoulder during camera blocking on Sunday.

“We were doing a lift we’ve danced 100 times, but something weird happened causing Hayley to fall awkwardly and hard onto her shoulder,” the pair explained on Instagram. “We tried running through the dance again, but quickly realized Hayley’s shoulder had been compromised. As a true dancer Hayley was ready to push through and perform. But sometimes, and definitely in this moment, we thought it best to dance another day.”

Erbert is scheduled to get an MRI and will now watch the finale from the audience. The two, who got engaged in June, were going to perform to Tommee Profitt and Fleurie‘s cover of “Chasing Cars.” They performed together earlier in the season during Michael Bublé Week.

“We were so excited to show you. We worked so hard on it,” Hough said in the accompanying video. “We’ll hopefully show this piece another time. But we love you guys and good luck for the finale, everybody.”

Hough’s fellow judge Carrie Ann Inaba commented under the post that she was “so sad” they won’t be performing, but noted that health comes first. “But @hayley.erbert you are smart to take care of your shoulder. Shoulder injuries are no joke,” she wrote. “And you’ve got a wedding dance coming up soon so Please take care of yourself and heal well.”