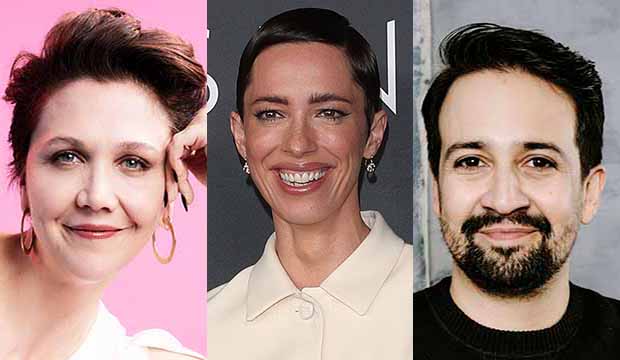 The number of feature directorial debuts from 2021 was even more significant than usual, and the Directors Guild of America has the daunting task of narrowing them down to just five. The DGA Awards are set to announce their nominees for the best directing in film and television on January 27, and much of the attention will be on which directors are selected for the First-Time Feature Film category. Could it be one of the most competitive lineups ever?

High-profile contenders include a number of actors like Maggie Gyllenhaal (“The Lost Daughter”), Lin-Manuel Miranda (“tick, tick… Boom!”) and Rebecca Hall (“Passing”), whose films have all collected a number of nominations from critics groups. All three have been singled out for their distinctive visions and will likely earn nominations here, with other actors-turned-directors like Fran Kranz (“Mass”), Halle Berry (“Bruised”) and Justine Bateman (“Violet”) as more possibilities. Jeymes Samuel, known by his stage name as a music artist, The Bullitts, is another strong competitor for his visceral work in “The Harder They Fall.” Then we have Stephen Karam (“The Humans”) and Liesl Tommy (“Respect”), who also found success in film after earning Tony recognition for their theater work.

While it’s easy to see the headlining names dominating this category, DGA has also gone out of its way to acknowledge emerging talent who are just starting to make their mark on the film industry. Some of the most critically-acclaimed films of 2021 come from directors launching their first features, such as Michael Sarnoski (“Pig”).  Other indie filmmakers that DGA may single out include recent nominees from the Independent Spirit Awards, like Lauren Hadaway (“The Novice”) and Ninja Thyberg (“Pleasure”), and Gotham Awards, such as Edson Oda (“Nine Days”) and Emma Seligman (“Shiva Baby”).

Ultimately, this year’s DGA 1st Feature lineup might be the most star-studded lineup in the category’s history (which dates back to 2015), with no clear frontrunner for the win. While Gyllenhaal won the equivalent Gotham Award, DGA has been somewhat resistant to awarding big-name actors, with stars like Joel Edgerton, Bradley Cooper and Regina King losing in the past. There are exceptions, such as Jordan Peele and Bo Burnham, but neither had the kind of resumes in film that some of this year’s bigger names have. It is possible that one of the lesser-known names may emerge from the pack and pull off a shocking DGA victory.