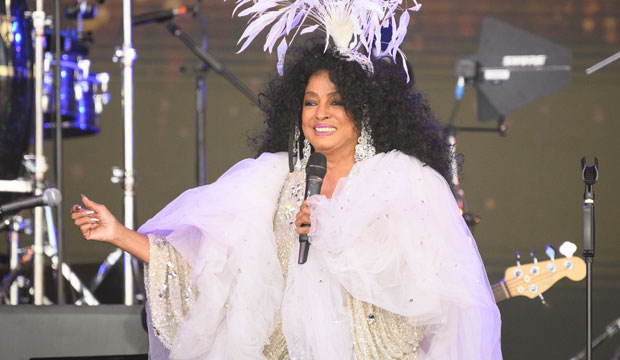 Sometimes the Grammys take a long, long, long time to get to you. For instance, legendary country singer Tanya Tucker didn’t win until the two trophies she collected in 2020, when she was 61. This year there may be no artist more overdue than singer Diana Ross, who is 78 now and celebrating her 13th Grammy nom: Best Traditional Pop Album for “Thank You.” This is her first nomination in 40 years, and while she received a Lifetime Achievement Award in 2012, she has never won competitively.

Ross’s nominations include bids for classics like “Baby Love” and “Stop in the Name of Love” with The Supremes, plus solo noms for “Ain’t No Mountain High Enough,” “Touch Me in the Morning,” and her Lionel Richie collab “Endless Love,” for which she received her only bid for Record of the Year. Now she’s up for “Thank You,” her 25th studio album which was released in November 2021 and marked her first album of original material in more than 20 years.

But now that she’s in the running for the award, can she actually win it? Yes, according to the combined predictions of Gold Derby users. She gets leading odds of 11/2 with support from 15 of the Top 24 Users who got the highest scores predicting last year’s Grammy winners, as well as 17 of the All-Star Top 24 who got the best scores when you combine the last two years’ prediction results. Right behind her is Michael Buble (“Higher”), who poses Ross’s biggest threat with 13/2 odds.

Buble is an especially dangerous opponent, since he has won Best Traditional Pop Album four times before, for “Call Me Irresponsible” (2008), “Michael Buble Meets Madison Square Garden” (2010), “Crazy Love” (2011), and “To Be Loved ” (2014). The other three nominees are also past Grammy winners, though not in this category. And they’re all up for Christmas albums: Kelly Clarkson (“When Christmas Comes Around …”), Norah Jones (“I Dream of Christmas”), and Pentatonix (“Evergreen”). The good news for Ross is that while Christmas albums are often nominated in this category, they haven’t won.

Do you agree with our consensus that Ross will finally collect the award she has long been waiting for?