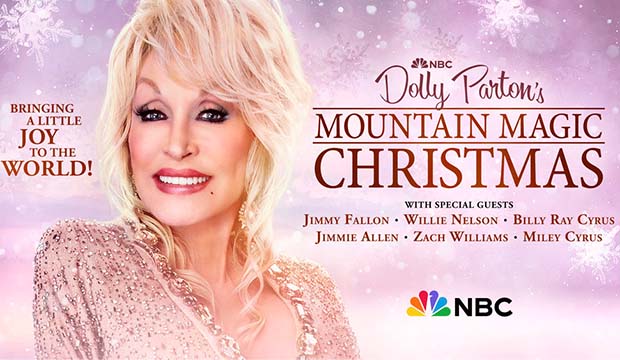 Country legend and Rock and Roll Hall of Famer Dolly Parton could easily be described as a Christmas angel with the sheer amount of holiday programming she has brought fans throughout the years. She continues the yuletide cheer this season with “Dolly Parton’s Mountain Magic Christmas” airing December 1 on NBC and Peacock. Per NBC, “This sentimental holiday movie takes viewers on a journey through time as Parton is visited by the Three Wise Men. The entertainer is taught valuable lessons, ultimately challenging her notions of the real magic of Christmas.”

But that’s not all Dolly has up her sleeve. Returning to NBC on New Year’s Eve, she reunites with her goddaughter to co-headline “Miley’s New Year’s Eve Party,” replacing Pete Davidson, who co-hosted last year. The show is executive produced by Lorne Michaels and is expected to feature plenty of stars and special guests. 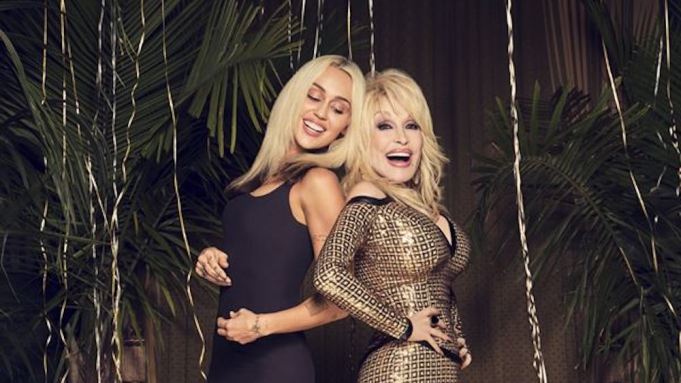 But if you need even more of a Holly Dolly Christmas, there’s plenty for you to go back and watch from years past. In 1986, ABC hit the jackpot with “A Smoky Mountain Christmas.” Directed by Emmy winner Henry Winkler, it tells the story of a country western singer who runs into a reclusive backwoodsman and a witch while traveling through the Tennessee mountains. A VHS of the hit TV movie was released in 1992, but it is now available for free on YouTube.

In 1996, Parton returned to Christmas themed films with CBS’s “Unlikely Angel.” The movie, which can be streamed on Roku Channel or Tubi for free, is about a dead country singer (Parton) who seeks to get into heaven by uniting a troubled family during the holidays. .

In 2015, “Dolly Parton’s Coat of Many Colors” was released on NBC. Parton narrates the film starring Alyvia Alyn Lind as a young version of the singer in this heartwarming, autobiographical tale. From that film spawned a Christmas sequel in 2016 entitled “Dolly Parton’s Christmas of Many Colors: Circle of Love,” which earned a Primetime Emmy nomination for Best TV Movie. Both films are now available to stream on Peacock.

In 2019, Hallmark shone a spotlight on Parton’s iconic theme park, Dollywood, with “Christmas at Dollywood.” Parton plays herself, naturally, in a small role with Danica McKellar as the film’s lead, Rachel, a New York City event planner who travels home to Tennessee for the holidays and ends up working on the 30th anniversary Christmas event at Dollywood. The film can be seen as part of the schedule of holiday films that the Hallmark channel offers until January, so keep an eye out for it.