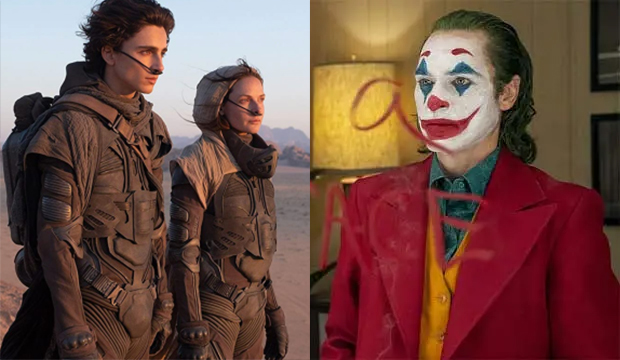 In the past three years, only one film has managed to receive more than 10 Oscar nominations: “Joker,” which scored 11 bids at the 2020 ceremony. But now, Gold Derby predicts “Dune” will match that movie’s total when the 2022 Oscars noms are unveiled on February 8. Like “Joker,” fellow Warner Bros. production “Dune” is a feast for the eyes and should gobble up many of those below-the-line technical bids. However, there’s a twist in that “Dune’s” haul isn’t expected to be buoyed by any acting contenders. “Joker,” of course, won Best Actor for Joaquin Phoenix (as well as Best Score).

You have to go all the way back to the 2013 ceremony to find a movie with more than 10 Oscar noms that didn’t receive any love from the acting branch: “Life of Pi.” That adventure flick reaped 11 citations and ultimately won four: Best Director (Ang Lee), Best Cinematography, Best Score and Best Visual Effects. The entire cast, which included lead actor Suraj Sharma and the late Irrfan Khan, was snubbed by the academy.

SEEOscars 2022 Best Picture predictions and the state of the race

But what about the actors? Timothee Chalamet has the most Gold Derby support for an Oscar nomination, as he has the backing of one expert (Keith Simanton of IMDb) and more than 100 users. He plays main character Paul Atreides, the ducal heir of House Atreides. This would be Chalamet’s second career Best Actor bid after “Call Me by Your Name” (2017).

SEE‘Dune’ director Denis Villeneuve: ‘My dream was to make a movie without a single line’

It’s not unheard of for sci-fi/fantasy fare to be ignored by the academy’s acting branch. One of the most successful Oscar recipients of all time, “The Lord of the Rings: The Return of the King” (2003), won all of its 11 nominations despite being snubbed in the acting categories. There’s also “Hugo” (2011), which scored 11 bids but none for its performers. And we already mentioned “Life of Pi” (2012). Hmm … is there a bias against actors in genre films? Perhaps voters get so swept up by all of the technical aspects that they simply overlook the performances?