Britney Spears made a musical comeback following the end of her conservatorship with “Hold Me Closer,” a duet with Elton John that incorporates lyrics and melodies from John’s “Tiny Dancer,” “The One,” and “Don’t Go Breaking My Heart.” It debuted at number-six on the Billboard Hot 100 singles chart, and now it has an official music video to go along with it. Watch it above.

The clip was directed by Tanu Muino and consists of intimate dance sequences set against the colorful backdrops of Mexico City. Muino is best known to music fans for her MTV Video Music Award-winning work on Lil Nas X‘s controversial “Montero (Call Me by Your Name)” video, as well as Harry Styles‘s VMA-winning “As It Was,” Cardi B‘s “Up,” and Lizzo‘s “Rumors,” to name a few.

Muino said in a statement, “This was an emotional one for me as I grew up with Britney. After seeing ‘Slave For You,’ I decided that I wanted to become a video director.” And Elton John “is an icon that I and the world grew up listening to.” Discussing the concept of the video, she explained, “I knew there would be a lot of emotional expectations the audience and fans would have. With this responsibility, I had to do something different and unexpected. The visuals had to be different.”

That’s where the choreography came in: “The dance had to be forward-thinking to raise eyebrows and make Elton and Britney proud. To capture this magic, we shot around all my favorite architectural locations in Mexico City and brought on choreographer Jacob Jonas who does the best contemporary choreography today. Getting the best dancers, crew, and access to some of the most private locations in the world was simple as everyone wanted to work with Elton John and be part of his legacy.”

This isn’t the first time John has scored a hit by reconfiguring his catalog. In 2021 he teamed up with Dua Lipa for “Cold Heart (Pnau Remix),” a dance hit that blends together “Rocket Man,” “Sacrifice,” “Kiss the Bride,” and “Where’s the Shoorah?” That single was also a top-10 hit. Will this new video help bring “Hold Me Closer” back to the upper echelons of the chart? 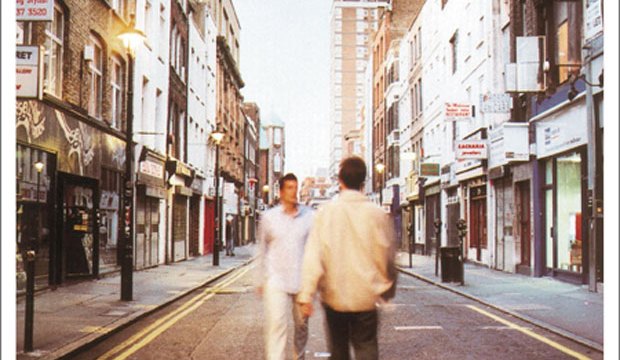