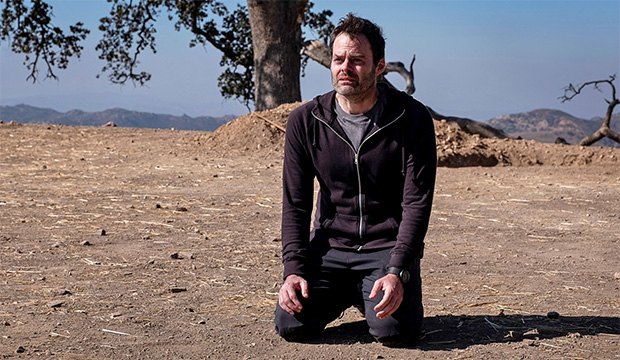 After a nearly three-year gap between seasons, HBO’s “Barry” and its co-creator and star Bill Hader are back at the Emmys in a big way. The dark comedy about a hitman embarking on an acting career earned 14 Emmy nominations for the show’s third season and Hader earned his third bid for Best Comedy Actor. Hader scored back-to-back wins in this category in 2018 and 2019. This year, he competes with reigning champ Jason Sudeikis (“Ted Lasso”) and previous winner Donald Glover (“Atlanta”). Also nominated are the Emmy-winning stars of “Only Murders in the Building,” Steve Martin and Martin Short, and first-timer Nicholas Hoult (“The Great”).

Hader has submitted the third season finale “starting now” to Emmy voters. The episode opens with Barry hallucinating about his past victims. He is then asked by Sally (Sarah Goldberg) to intimidate one of Sally’s former colleagues. Their conversation is interrupted by a hit man who knocks Barry unconscious and tries to kill Sally. Barry wakes up to find Sally bludgeoning the hit man with a bat. He tries to calm a shaken Sally and tells her to pin the murder on Barry.

As Barry tries to bury the hit man’s body, he is confronted by his former military comrade Albert (James Hiroyuki Liao), who knows about all of the murders Barry has committed. As Albert holds Barry at gunpoint, he ultimately decides that Barry deserves forgiveness and gives him the chance to start a new life.

Later, Jim Moss (Robert Wisdom), the father of the detective Barry killed in Season 1, asks to meet with Barry. Barry finds Gene (Best Comedy Supporting Actor nominee Henry Winkler) outside Jim’s house carrying a gun, saying that Jim has discovered Barry’s identity and must be dealt with. Barry sends Gene away and walks into Jim’s house. As he raises the gun to kill Jim, he is arrested by the police. He sees Gene standing nearby and realizes that Gene and Jim set him up.

To call this episode dark is quite the understatement. There are almost no laughs to be found, but Hader reaches new depths as an actor. Nowhere is this more evident than in the scene where Barry is confronted by Albert. Barry lets out a scream of horror and anguish, as if he is emotionally purging himself of the guilt and self-hatred that he has kept bottled up for far too long.

SEEWho has the most Emmy nominations?

We also get to see Barry in a more reflective state as he begins to realize the impact he’s had on others. This is clear in his scenes with Goldberg as Barry warns Sally about the perils of seeking vengeance. Hader shines in these scenes, as well as in the season’s final moments as Barry realizes that Gene — his mentor and father figure — has helped orchestrate his arrest.

Even without a lot of laughs, Hader is helped in this category by the fact that this particular episode has received nominations below and above the line, including noms for Best Comedy Writing and in several craft categories. The episode has also been submitted by Winkler in his supporting race.

It also doesn’t hurt that Hader has never lost in this category. Voters clearly love this character and Hader’s performance. They also love Hader. Along with nominations for writing, producing, directing and acting, Hader earned another bid in Best Comedy Guest Actor for “Curb Your Enthusiasm.” All of these factors, along with the most recent season being the most critically acclaimed to date, put Hader in a good position to three-peat in this category. 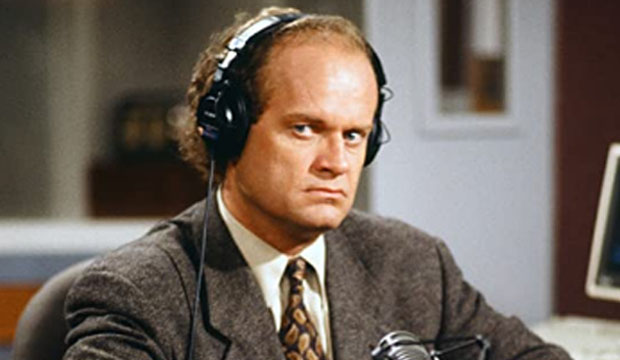