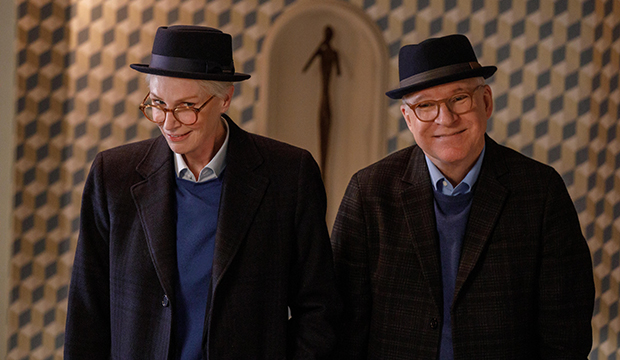 From “Hacks” and “Only Murders in the Building” to “Barry” and “Abbott Elementary,” we’re living in a golden age of comedy. While a few shows have been dominant at the Emmys lately, racking up nominations left and right, predicting the best comedy performances can still prove to be a difficult task. Case in point: Best Comedy Guest Actress.

This year, four of the slots in the category went to actresses from HBO Max’s hit comedy “Hacks,” about a legendary comedienne and her protégé. Apple TV+’s soccer-themed kindness explosion “Ted Lasso” and Hulu’s murder mystery-slash-true crime satire “Only Murders in the Building” fill the remaining two spots. But who will actually win?

While you can make a case for nearly any of them to win, there is likely to be vote-splitting within the “Hacks” contingent, and Walter is actually more likely to take home the Emmy for Best Drama Guest Actress for her turn on HBO’s “Succession.” This carves a path for Lynch — who hilariously portrays the stunt double of Steve Martin’s character, a former actor — to pull ahead. If she does triumph at this year’s Creative Arts ceremony on Sept. 4, she would become the eighth actress to win Best Comedy Guest Actress twice.

Lynch took home her first award in 2019 for portraying successful comedienne Sophie Lennon opposite Rachael Brosnahan on Amazon’s stylish period comedy “The Marvelous Mrs. Maisel.” However, Lynch has been nominated a total of four times in the category throughout her career. Her other two nominations came in 2010 (“Two and a Half Men”) and 2018 (again for “Maisel”).

With a win for her performance this year, Lynch would join a distinctive group of two-time winners that includes Colleen Dewhurst, Tina Fey, Kathryn Joosten, Maya Rudolph, Jean Smart, Tracey Ullman and Betty White. (The late Cloris Leachman is the only person to have ever won the category three times, though her first win, in 1975, was under a different category name.)

Dewhurst was the first to win matching bookends for comedy guest actress; she won in 1989 and 1991 for her work on “Murphy Brown.” Ullman followed in 1993 and 1999, winning for “Love & War” and “Ally McBeal,” respectively. White — who, along with Smart, is one of two actresses to ever complete the comedy trifecta — took home her first award for Best Comedy Guest Actress in 1996 for her performance on “The John Larroquette Show.” Despite multiple nominations in between, she wouldn’t win again until 2010, this time for hosting “Saturday Night Live.” Smart’s two wins came from back-to-back appearances in 2000 and 2001 on the long-running “Frasier,” while Joosten would take home the honors in 2005 and 2008 for her work on “Desperate Housewives.” Lastly, both Fey’s and Rudolph’s wins came from their work on “Saturday Night Live” — Fey won in 2009 and 2016, while Rudolph won in 2020 and 2021.

This would be Lynch’s sixth Emmy overall. A 13-time nominee, she won her other trophies for her supporting turn on “Glee” (2010), hosting “Hollywood Game Night” (2014-15) and her performance on the short form series “Dropping the Soap” (2017). Her competition has three Emmys combined — all for Metcalf, who three-peated for “Roseanne” in the ’90s and has not won since. So it doesn’t take Brazzos to see why Lynch might have the edge in this race.