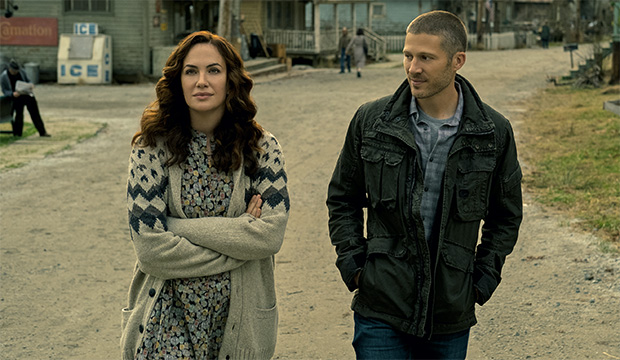 Kate Siegel has her first chance at an Emmy nomination for Best Movie/Limited Actress for her riveting performance as Erin Greene in Netflix’s “Midnight Mass,” directed by Mike Flanagan. Watch our recent interview with the actress.

The seven-episode horror series tells of a tiny island community rocked by the arrival of two men — the disgraced Riley (Zach Gilford) returning after spending four years in prison for killing a teenage girl in a drunk driving accident, and Father Paul Hill (Hamish Linklater), the new priest at St. Patrick’s Church. Siegel plays Erin, a former girlfriend of Riley’s who works on the island as a teacher and is expecting a child. The actress has been terrific in the film “Hush” and the limited series “The Haunting of Hill House,” both also directed by Siegel’s husband Flanagan, but her lead performance in “Midnight Mass” is her best yet, allowing her to blend scenes of quiet drama with moments of terror and intense grief. As Keith Phipps says in TV Guide, Siegel “does fine, sensitive work as one of the focal characters.” Emmy voters, take notice.

When we’re first introduced to Erin in the series premiere episode, “Book I: Genesis,” she is a calm and happy woman living the quiet life of a schoolteacher who is curious to rekindle her friendship with Riley. As the series continues, Erin experiences unimaginable sadness (and confusion) when she goes in for a routine pregnancy check-up and discovers her baby is no longer in her body. There’s the unforgettable terror on Erin’s face when she discovers what happens to a transformed Riley when he stays too long in the sunlight. And she delivers a beautiful monologue toward the end of the series that offers perfect closure to Erin’s memorable emotional journey. As Nick Harley writes in Den of Geek, “Love, loss, religion, mystery; it’s all there in ‘Midnight Mass’ and no character better embodies the themes than Kate Siegel as Erin Greene.”

Something that might help Siegel receive her first nomination is that TV stars in years past have been nominated for and even won Emmys for playing roles in horror shows. Jessica Lange won twice for her work on “American Horror Story,” first as Constance in “Murder House” (supporting) and second as Fiona in “Coven” (lead). James Cromwell and Kathy Bates also won supporting Emmys for their performances in the long-running horror series. In addition, “Stranger Things” brought multiple Emmy nominations to David Harbour and Millie Bobbie Brown. Although Flanagan’s previous two limited series, “The Haunting of Hill House” and “The Haunting of Bly Manor,” were overlooked for Emmy nominations outside of a lone sound editing nom for the latter, the recognition for shows like “American Horror Story” and “Stranger Things” proves that Emmy voters are not necessarily anti-horror and might take the original and spiritual “Midnight Mass” more seriously than we think.

Kate Siegel has been acting in film and television since 2007, and an Emmy bid for “Midnight Mass” would mark her most prestigious award nomination to date. In a career of more than 30 credits, she’s been feted mostly for horror-themed awards, like the Fangoria Chainsaw Award, the Fright Meter Award and the iHorror Award for her performance in “Hush.” For “Midnight Mass” she was nominated earlier this year for Best Actress in a Horror Series at the Critics Choice Super Awards.

Siegel has steep competition in the Best Movie/Limited Actress category. We can start with Amanda Seyfried playing the real-life Elizabeth Holmes in “The Dropout.” Another top contender is Jessica Chastain for “Scenes from a Marriage” just months after her Oscar win for “The Eyes of Tammy Faye.” According to Gold Derby, the other four actors considered to be frontrunners in this category are Margaret Qualley for “Maid,” Julia Garner for “Inventing Anna,” Lily James for “Pam and Tommy” and Viola Davis for “The First Lady.”

Finally, as Kristen Baldwin raves in Entertainment Weekly, “Siegel brings a wistful, wry allure to Erin, forever bonded to Riley through regret and the pain of a past they can’t escape.” Flanagan’s brilliant writing and directing giving Siegel her finest role to date, and her haunting performance deserves to be in the Emmy conversation. 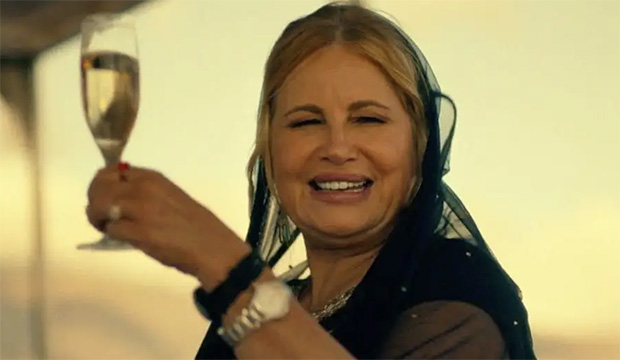