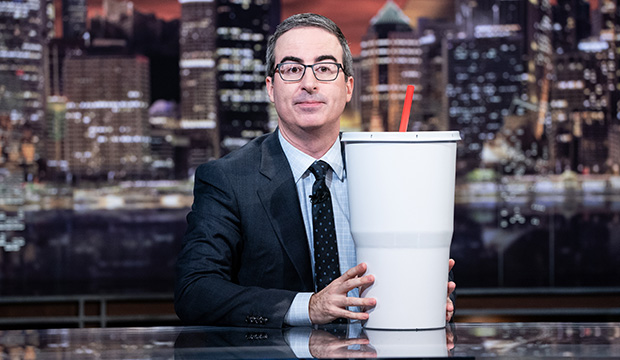 The TV academy has shaken up the Emmy races for Variety Talk and Variety Sketch after seven consecutive victories for HBO’s “Last Week Tonight with John Oliver” and six straight for NBC’s “Saturday Night Live”. It rejiggered its rules to revise the categories and force Oliver to move to a new Scripted Variety Series grouping. The popular weekly offering will now compete directly with shows including “SNL,” HBO’s “A Black Lady Sketch Show” and Comedy Central’s “Drunk History.”

Late-night talk shows had dominated the Variety Series Emmy category before it was split into Variety Talk and Variety Sketch in 2015. Since then, it’s been pretty much all “Last Week Tonight” and “SNL.”

Considering the long winning streaks of both shows, something will now have to give. Because of their Emmy dominance and the diminishing number of sketch and late-night talk contenders, the changes were considered overdue to bring about something resembling competitive balance again.

The two hosts who had long presided over the earlier combined category — David Letterman and Jon Stewart — have been competing recently in another category, Best Hosted Non Fiction Series/Special, for their new shows “My Next Guest Needs No Introduction with David Letterman” and “The Problem with Jon Stewart.” With the rule changes, they will now instead be among the contenders for Best Talk Series.

The announced changes for the 75th Emmy Awards competition in 2023 include formation of the new categories of:

Other rules changes for 2023 include the following:

The announcement of the cap on nominations-round voting in particular drew a huge positive reaction in the Gold Derby Forums, where comments have included, “I am elated to see the unlimited ballot go…Now there’s more room for passion picks again (hopefully!)” and “We desperately needed this” and “Unlimited voting being gone is HUGE!!!”. There was also this: “The scrapping of the unlimited ballot could change everything” and “That’s huge. It’s been killing the supporting categories.”

Also among the revised rules:

In addition, a trigger has been added to all tracked categories such that during any year in which the number of submissions for each track is 20 or more, the category will automatically be split into separate categories for that year. In 2023 there will be 16 categories with tracks, which could potentially be split.

SEEMake your voice heard: What changes should the TV academy make at the Emmys?

“Line Producer” has been added as an Emmy-eligible credit in the following categories:

The new category of Outstanding Game Show will recognize programs with game elements taking place primarily in-studio and involving mental challenges. They must be self-contained or carry-over (winner continues to next episode) and cannot be arced. The new category of Outstanding Host for a Game Show will be awarded to the “master of ceremony” host(s) for a continuing performance in a game show.