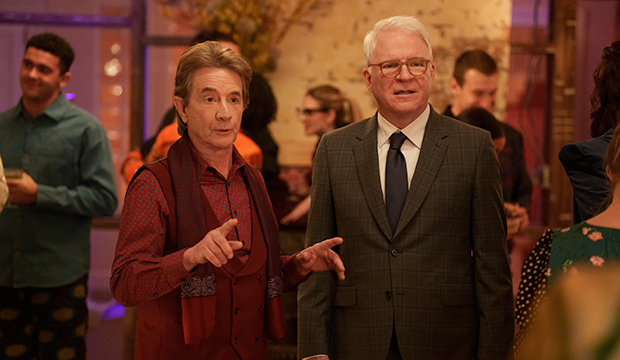 When the 74th annual Emmy Award nominations were announced back in July, legendary comedy duo Steve Martin and Martin Short joined an incredibly short list of costars nominated in the Comedy Actor category for their performances on Hulu’s “Only Murders in the Building.” Throughout all Emmy history, only four other sets of comedy acting pairs have landed nominations in this category in the same year. But now that they have accomplished this feat, could the internal competition keep either of them from netting the trophy?

The first duo of comedy actors to earn nominations in this category dates back to 1968, when Sebastian Cabot and Brian Keith were recognized for “Family Affair” but lost to Don Adams (“Get Smart”). Tony Randall and Jack Klugman had the longest streak of costar nominations in this category from 1971 to 1975: Klugman bested Randall in ’71 and ’73, but Randall had the last laugh by finally winning in ’75.

WATCH our exclusive video interview with Nathan Lane, ‘Only Murders in the Building’ Season 1

More recently, Matt LeBlanc and Matthew Perry were “Friend”-ly competitors in 2002, but both lost to Ray Romano (“Everybody Loves Raymond”). The last time this internal rivalry happened was 2011, when Jim Parsons and Johnny Galecki both earned bids for “The Big Bang Theory,” and Emmy-favorite Parsons bested his on-screen best friend.

This history of vote-splitting in Comedy Actor is clearly a mixed bag, but our current combined odds suggest that neither Martin nor Short will ultimately prevail. The overwhelming majority of our users expect Bill Hader to win his third acting trophy for portraying the title character of “Barry.” If he has a rival, it looks like defending champion Jason Sudeikis might upset for the second season of “Ted Lasso.” Martin and Short rank third and fourth, respectively, while Donald Glover (“Atlanta”) and Nicholas Hoult (“The Great”) round out the category.

Not so fast say some of our Experts, though. As of this writing, both Jazz Tangcay (Variety) and Matt Roush (TV Guide Magazine) predict a Steve Martin upset. Clayton Davis (Variety), Eric Deggans (NPR), Matthew Jacobs (Thrillist) and Mary Murphy (Gold Derby) have Martin as a spoiler in second place, while Nikki Novak (Fandango) thinks Short could surprise Hader and ranks him second in her predictions.

Even if Martin and Short lose out for their performances, they could still take home trophies for “Only Murders.” Martin shares a nomination for Comedy Writing with series co-creator and showrunner John Hoffman for the pilot episode “True Crime.” Both actors also executive produce the series, and should the Hulu comedy take the top prize of the night they would both win — alongside their overlooked costar Selena Gomez to boot.