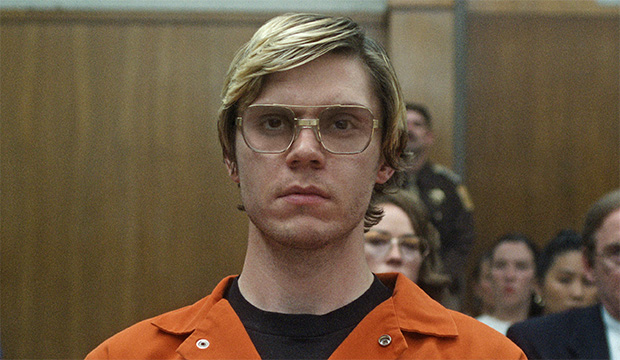 Less than a year after receiving his first SAG Award nomination for “Mare of Easttown,” Evan Peters is already seeking recognition from the acting guild for another limited series. “Monster: The Jeffrey Dahmer Story,” which premiered on Netflix on September 21, stars Peters as its title character, whose real-life serial killing spree lasted from 1978 to 1991. While back-to-back solo SAG Award bids are common in the continuing series categories, it is much harder for a performer to land in consecutive limited series/TV movie lineups. Indeed, Peters would only be the fourth man to ever do so, after James Garner, Gary Sinise and Tom Wilkinson.

If he does earn a SAG Award notice for “Monster,” Peters will supplant Sinise as the youngest two-time nominee in the history of the Best TV Movie/Mini Actor category. Sinise was 40 when he received his second solo TV bid in 1996, and Peters will still be 35 if he potentially follows suit this winter. Having lost on his first outing to Michael Keaton (“Dopesick”), Peters also has a shot at following Sinise (“Truman”), Jack Lemmon (“Tuesdays with Morrie,” 2000) and Keaton himself by initially triumphing on his second Best TV Movie/Mini Actor bid.

SEENiecy Nash gives performance of her career as hero of ‘Monster: The Jeffrey Dahmer Story’

Since “Monster” falls within the eligibility window for the 2023 Primetime Emmys, Peters could become the eighth male actor to win a SAG Award and then an Emmy for a single limited series or TV movie. Aside from Lemmon and Keaton, those already on this list are Raul Julia (“The Burning Season,” 1995), Sinise (“George Wallace,” 1998), William H. Macy (“Door to Door,” 2003), Al Pacino (“Angels in America,” 2004) and Geoffrey Rush (“The Life and Death of Peter Sellers,” 2005). Sinise and Idris Elba were also respectively recognized by the TV academy for their SAG Award-winning work in “Truman” and “Luther” (2016), but ultimately lost those Emmy races.

Although he faces strong competition, Peters may benefit from being the only previous Best TV Movie/Mini Actor nominee in our predicted Top 10. It is also advantageous that “Monster” was produced by Ryan Murphy, since this particular award has already gone to two actors from programs of his (Mark Ruffalo for “The Normal Heart” in 2015 and Darren Criss for “The Assassination of Gianni Versace” in 2019). And, of course, Peters plays a real person, just like two-thirds of all past winners in this category. If he can creep his way into the lineup, he may very well go all the way.