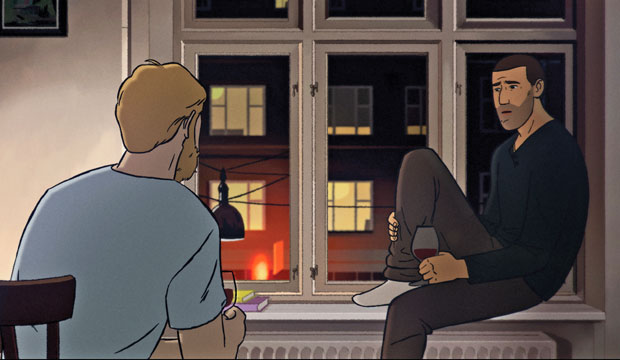 The 2022 Oscar shortlists were good for “Flee,” which was cited twice: Best Documentary Feature and Best International Feature, in addition to the film also being eligible for Best Animated Feature. Though a couple of films in recent years have been nominated in two of those categories, no film has ever swept all three. And judging from our early odds in those races, this will be the film to do it.

“Flee” tells the true story of Amin Nawabi, who fled Afghanistan and settled in Denmark as a refugee. It premiered at the 2021 Sundance Film Festival almost a year ago before hitting the Toronto and New York fests in the fall and opening in theaters on December 3. Thus far, the film has already received a wide range of awards and nominations, including the European Film Award for Best European Documentary, the Gotham Award for Best Documentary, the Los Angeles Film Critics Association Award for Best Animation, the New York Film Critics Circle prize for Best Nonfiction Film, a Producers Guild bid for Best Documentary, Critics Choice nominations for both Best Animated Feature and Best Foreign Language Film, and four Annie Award nominations including Best Animated Independent Feature.

According to the combined predictions of Gold Derby users, “Flee” will earn all three Oscar nominations. As of this writing it ranks fourth for Best International Feature with 5/1 odds. “Flee” is even more competitive for Best Animated Feature where it ranks third with 4/1 odds and is backed by six Expert journalists who think the film will prevail. The race most users think “Flee” will actually win is Best Documentary Feature where it gets leading odds of 37/10.

Getting multiple nominations across those categories was unheard of for most of Oscar history. It wasn’t until two years ago that a film was dual-nominated in documentary and international categories: Macedonia’s “Honeyland” achieved that feat. Then it happened again the very next year with Romania’s “Collective.” “Flee” is preceded by another critically hailed film that was eligible for all three awards at the Oscars: 2008’s “Waltz with Bashir.” But that film only received a nomination in the international race. Do you agree with our odds that “Flee” will improve on that Oscars performance?