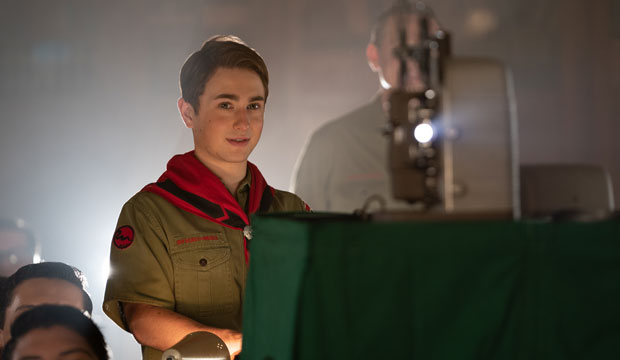 According to our combined predictions as of this writing, the five men who are expected to receive Best Actor nominations at this year’s Oscars are Brendan Fraser (“The Whale”), Colin Farrell (“The Banshees of Inisherin”), Austin Butler (“Elvis”), Bill Nighy (“Living”), and Hugh Jackman (“The Son”). However, there is a contender with 100/1 odds that I think deserves to be in the conversation much more, and that would be Gabriel LaBelle (“The Fabelmans”).

In Steven Spielberg’s semi-autobiographical film, LaBelle plays Sammy Fabelman, a Jewish teenager who learns a family secret and discovers the power of movies while facing antisemitism from his peers. He carries the whole film on his shoulders and gets to play many different emotions. He’s an anxious kid who aspires to make movies, but juggles that with a personal life where he deals with his family moving, bullies at school, and tension in his parents’ marriage. In the hands of a lesser actor, audiences wouldn’t care as much. Yet LaBelle handles those emotions well, resulting in such excellent work.

As of this writing, his co-stars are expected to receive bids in their respective categories. Michelle Williams, who plays Sammy’s mother, Mitzi, is in third place for Best Actress with 5/1 odds. Paul Dano and Judd Hirsch are both currently predicted to be up against each other for Best Supporting Actor. Dano, who plays Sammy’s father, Burt, is in fourth place with 13/2 odds. Meanwhile, Hirsch, who plays Sammy’s great uncle, Boris Schildkraut, is in fifth place with 8/1 odds. With “The Fabelmans” being our current Best Picture frontrunner, it should be possible for LaBelle to show up as a surprise coattail nomination.

SEEJudd Hirsch (‘The Fabelmans’) and 10 other actors getting buzz for short, scene-stealing performances

One major hurdle that may prevent him from getting nominated is the fact that he is only 20-years-old. While academy members have previously recognized young men his age or younger in Best Supporting Actor, they haven’t done so as often in Best Actor. Jackie Cooper (“Skippy”) still holds the record as the youngest nominee in that category; he received his bid at just nine-years-old back in 1931. The most recent young adult of comparable age to have been nominated for Best Actor was Timothee Chalamet at age 22 for “Call Me By Your Name” (2017).

But there have also been a few young leading men in starring roles from the 21st century who failed to receive Best Actor nominations even though their films were considered top tier Best Picture contenders.

“Slumdog Millionaire,” which was the juggernaut of the 2008 season, was unable to get its 18-year-old star, Dev Patel, recognized; he was actually campaigned for a Best Supporting Actor bid, but he failed to receive one there as well. Martin Scorsese‘s “Hugo” received the most nominations in 2011, yet 14-year-old Asa Butterfield, who played the title character, never gained traction that year. The same happened with 19-year-old Suraj Sharma, the star of Ang Lee‘s “Life of Pi,” which earned the second most bids in 2012.

In 2014 Richard Linklater‘s “Boyhood,” which he famously shot over the course of 11 years, was an early frontrunner to win Best Picture. But 20-year-old Ellar Coltrane, who was cast in it at age six, wasn’t taken seriously for a Best Actor nod. And last year Kenneth Branagh‘s “Belfast,” which like “The Fabelmans” was inspired by its director’s childhood, earned seven nominations and won Best Original Screenplay. However, Jude Hill, the 11-year-old actor who portrayed a fictionalized version of Branagh as a kid, never caught on as a Best Actor contender.

It’s also worth noting that throughout Spielberg’s long career, he has so far only directed three performances to Oscar nominations for Best Actor: Liam Neeson in “Schindler’s List,” Tom Hanks in “Saving Private Ryan,” and Daniel Day-Lewis in “Lincoln,” the last of whom is the only one to have actually prevailed. Then again, each of those films was considered to be a top-tier Best Picture contender in their respective years. “Schindler’s List” was the biggest champion of 1993, “Saving Private Ryan” was clearly number-two to “Shakespeare in Love” in 1998, and “Lincoln” had the most nominations in 2012. So if “The Fabelmans” likewise continues to be a strong contender for Best Picture, LaBelle must be taken more seriously for Best Actor despite the academy’s bias against young men. 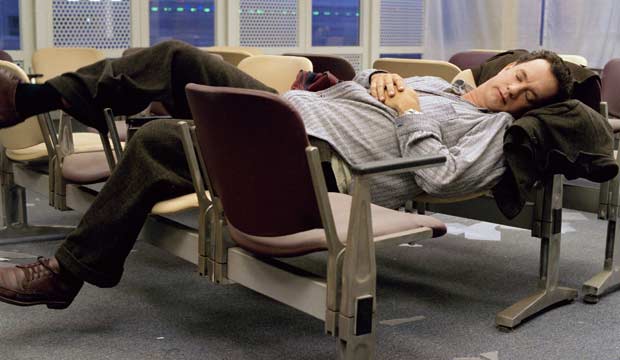