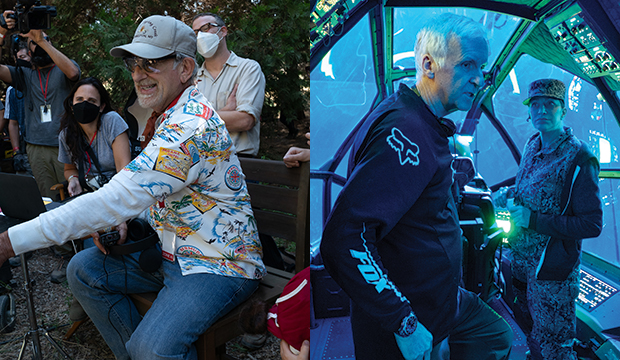 The Best Director category at the Golden Globes features six nominees representing five movies. Only two of them, James Cameron (“Avatar: The Way of Water”) and Steven Spielberg (“The Fabelmans”), have won the award before — in fact, they’ve each won it twice and a third victory next month would elevate one of them into the exclusive group of three-time champs.

At the moment, Cameron and Spielberg are two of 10 people who’ve taken home the directing Globe twice. They are seeking to become the sixth person to win it three times after Clint Eastwood, Milos Forman, David Lean, Martin Scorsese and Oliver Stone. Elia Kazan holds the record with four statuettes.

Spielberg previously won for “Schindler’s List” (1993) and “Saving Private Ryan” (1998). His “Fabelmans” bid is his record-extending 14th nomination in the category and his second one in a row after getting in for “West Side Story” last year. The next closest is Scorsese with nine nominations. On the other hand, Cameron is on his third Best Director nomination, but he has a perfect 2-for-2 record, having prevailed for “Titanic” (1997) and the original “Avatar” (2009). In the former race, he beat Spielberg, who contended for “Amistad.”

Is it time for Spielberg to return the favor? Maybe. He’s the Oscar front-runner (Cameron is slowly inching his way toward the top five and is currently in sixth) and is in first in the Globe odds as well, with Cameron in third, behind the No. 2 duo of Daniel Kwan and Daniel Scheinert (“Everything Everywhere All at Once”). The Hollywood Foreign Press Association likes big names in this category — think Scorsese winning for “Hugo” (2011) over eventual Oscar champ Michel Hazanavicius (“The Artist”) or even Cameron defeating Kathryn Bigelow, his ex-wife who’d become the first woman to with the Best Director Oscar with “The Hurt Locker” (2009) — so that’s a plus for the two dudes who are synonymous with blockbusters. Cameron could certainly swoop in and win with a late-breaking hit like he did last time, but “Avatar” could also be a bit “been there, done that” for the HFPA. He also won a lot more recently than Spielberg has, so voters could feel like it’s time to finally give a third trophy to a director they clearly like a lot for a film that’s essentially his origin story.

Rounding out the top five are two two-time nominees: Martin McDonagh (“The Banshees of Inisherin”) and Baz Luhrmann (“Elvis”), the latter of whom was nominated alongside Spielberg 21 years ago when they were shortlisted for “Moulin Rouge!” and “A.I. Artificial Intelligence,” respectively, and lost to Robert Altman (“Gosford Park”).