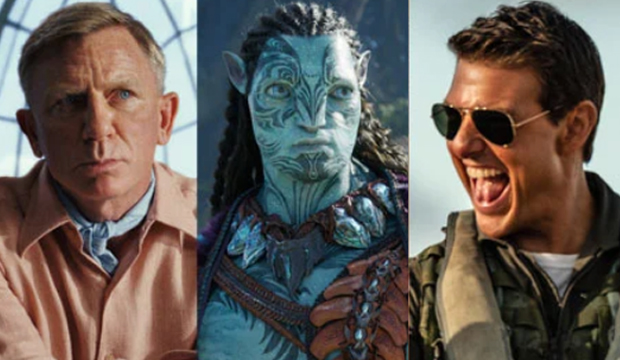 Prior to this year, only 11 sequels had ever been nominated for either of the Golden Globe Awards for Best Film (Drama or Comedy/Musical). Over half of them were added to the list after the turn of the century, and three have joined the group within the last decade. This year, an unprecedented total of three continuation films are competing for the Hollywood Foreign Press Association’s top honors. If “Glass Onion: A Knives Out Mystery” succeeds on its comedic bid or the drama prize goes to “Avatar: The Way of Water” or “Top Gun: Maverick,” the number of Best Film Golden Globe-winning sequels will rise to four.

In 2000, “Toy Story 2” broke new ground as the first sequel to win a Golden Globe Award for Best Film. The third entry in the Pixar features canon conquered the comedy/musical category four years after its predecessor lost to “Babe.” In 2021, “Borat Subsequent Moviefilm” pulled off the same feat by avenging its parent film’s 2007 loss to “Dreamgirls.” The only continuation film that has ever triumphed in the drama category is “The Lord of the Rings: The Return of the King” (2004), which directly followed nominees that were subtitled “The Fellowship of the Ring” and “The Two Towers.”

The remaining three sequels that have unsuccessfully vied for Best Drama Film are “The Godfather Part II” (1975), “The Godfather Part III” (1991), and “Mad Max: Fury Road” (2016). The original “Godfather” did prevail here in 1973, while none of the first three “Mad Max” films received any Golden Globe nominations aside from one for the “Mad Max Beyond Thunderdome” song “We Don’t Need Another Hero.”

Included among the other four sequels that preceded “Glass Onion” in contending for Best Comedy/Musical Film are two “Pink Panther” installments: “The Return of the Pink Panther” (1976) and “The Pink Panther Strikes Again” (1977). These were the fourth and fifth entries in the original nine-film “Pink Panther” series, nearly all of which were directed by Blake Edwards and starred Peter Sellers as Inspector Jacques Clouseau. “Funny Lady” (1976) and “Mary Poppins Returns” (2019) also followed their respective predecessors (“Funny Girl,” 1969 and “Mary Poppins,” 1965) by receiving nominations in this category.

Since “Avatar” won Best Drama Film in 2010, there is a chance that the franchise will become the first to ever achieve two top Golden Globe victories. James Cameron is also looking to replicate his directing win for the first film, while “Top Gun: Maverick” could win Best Original Song for “Hold My Hand” just like “Top Gun” did for “Take My Breath Away” in 1987. Daniel Craig has also received his second Best Comedy/Musical Actor nomination for playing Benoit Blanc in “Glass Onion” after first having been recognized for his work as the same character in “Knives Out” (2020).