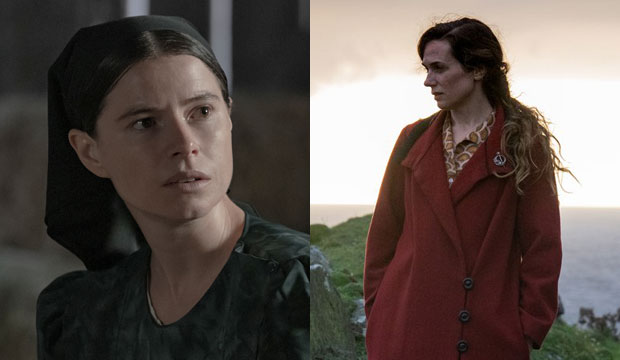 The announcement of each year’s Golden Globe nominations never fails to excite and enrage our forum posters, many of whom are Hollywood insiders hiding behind clever screen names. Their reactions to the contenders revealed on December 12 ranged from outrage over the near-complete shutout “Women Talking” to sheer delight at the strong showing by “The Banshees of Inisherin.”

Below is just a sampling of their cheers and jeers for the nominees in the 14 Golden Globe film categories. What do you think of the roster? Chime in here if you dare:

abelfenty: “Avatar: The Way of Water” is winning Film Drama and Director. You heard it here first.

NevadaR: No doubt “The Banshees of Inisherin” is winning.

Vogue: This tells me that the Oscar Picture race is still between “Everything Everywhere All at Once” and “Banshees.”

nevkm: They snubbed Danielle Deadwyler. Congrats to Cate Blanchett for her Globe.

Manav: These people just LOVE Olivia Colman. Nominating her for this over Deadwyler is a terrible choice.

CitizenBlake: Kind of disappointed Paul Mescal was not put into consideration.

Butz: “Women Talking” and “The Fabelmans” took hits in the supporting categories.

FreemanGriffin: Super happy with 8 nominations for “THE BANSHEES OF INISHERIN”!!! Especially: BARRY KEOGHAN!!!!!

wolfali: Not them snubbing BOTH Jessie Buckley and Claire Foy.

Nameizmann: Not Jamie Lee Curtis over Stephanie Hsu again…. What are people on???

kamila: “Banshees” is stronger than ever. Martin McDonagh beating Todd Field to the Director nomination is huge.

Barbra Please: They somehow think that Baz Luhrmann’s direction of his lavish animated PowerPoint presentation is better than Field.

Butz: “Banshees” with the most nominations? The TASTE of the Globes!

Philip: The only category “The Fablemans” missed was supporting. It got everything it needed today.

cannastop: The only thing I care about with these Golden Globes is that “Inu-Oh” got a nomination.