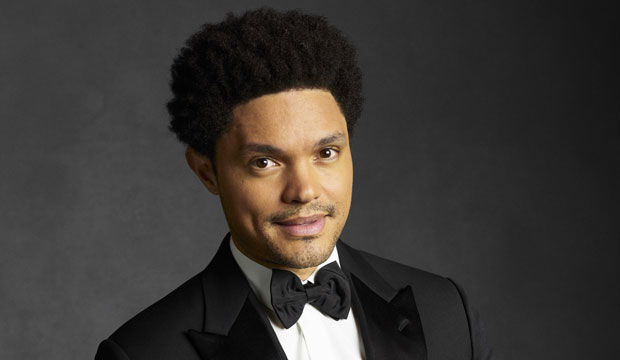 “I’m super excited to be hosting the Grammys once again!” said comedian Trevor Noah on social media on December 15. This will be his third year as emcee of the annual music kudos. But — hopefully — it will be his first time hosting the show as originally scheduled. He talked about his experiences in an in-depth cover story with Billboard.

The first time Noah hosted in 2021, the ceremony was postponed due to COVID-19, and when they did finally take place that March at the Los Angeles Convention Center they were in a highly modified form. There were few guests apart from the nominees, and the audience members were socially distanced. “Nobody knew what was happening, and yet everybody was trying to create a semblance of normalcy,” Noah told Billboard. “You would think it would be awkward — but it became less awkward. It became intimate.”

Then the 2022 Grammys were delayed due to the winter surge of the highly-infectious omicron variant of COVID. Those awards were ultimately held this past April at the MGM Grand Garden Arena in Las Vegas, Nevada, the show’s first time in that city. If all goes according to plan this year, the Grammys will take place on February 5, 2023, at the Crypto.com Arena. “It’s exciting [because] it’ll be the first one for me back in L.A. — that’s hopefully not just normal, but different for the right reasons.”

This will also be Noah’s first time hosting since officially leaving “The Daily Show,” his home for the last seven years. His last episode aired on December 8. “There are tons of things I’ve always wanted to do,” Noah said. That includes not just the Grammys, but also his “Off the Record” world comedy tour with stops in 28 US cities as well as locations in Europe and South Africa.