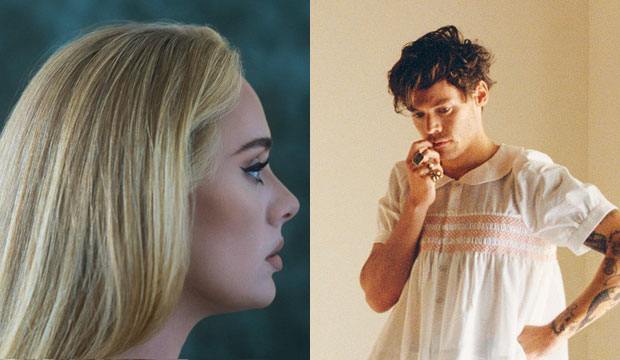 The 2023 Grammy Awards are especially competitive in top categories this year. Record of the Year and Song of the Year seem especially tough to call, with Adele‘s “Easy on Me” and Harry Styles‘ “As It was” jockeying for top position in our current Gold Derby odds. Most prognosticators will choose one over the other in both categories — but is that the smart choice? How often do these categories see a split between two artists? And how often do they match up?

SEE Will the Grammys do something ‘Unholy’ for Best Pop Duo/Group Performance?

Based on those statistics, you should put all your money on the same horse in both races. However, in such a competitive year, maybe we will see the first split since 2002? It wouldn’t be out of the question for Styles’ “As It Was,” which topped the Billboard Hot 100 for 15 weeks, to win Record of the Year while conceding Song of the Year to Adele’s “Easy On Me.” However she is, after all, the only artist to have won both of these categories twice before in the same night. It’s difficult to bet against her.