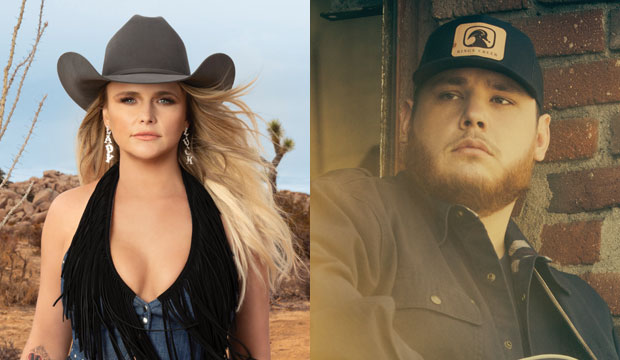 Heading into the Country Music Association (CMA) Awards in November, Gold Derby odds had Luke Combs‘ “Growin’ Up” ranked second behind Miranda Lambert‘s “Palomino” for Album of the Year. Combs not only surprised us with an upset in that category, but he took home Entertainer of the Year as well, after ranking dead last. So why are we now underestimating the crooner from North Carolina at the Grammys?

The 32-year old is ranked fourth in our current odds for Best Country Album behind Lambert, Willie Nelson (“A Beautiful Time”) and Maren Morris (“Humble Quest”). Ashley McBryde rounds out the field of five with “Lindeville.” According to our odds, Combs is also expected to lose Best Country Duo/Group Performance (“Outrunnin’ Your Memory” with Lambert is ranked fifth) and Best Country Song (“Doin’ It” ranks sixth).

As for Combs, he’s been in this position before. After winning the CMA Award for “What You See is What You Get” in 2020, he was completely snubbed by the Recording Academy. Instead, Lambert took home the golden gramophone for “Wildcard” after losing to Combs at the CMAs. It’s no surprise the majority of prognosticators favor Lambert again this year, since the country music voting bloc of the academy has clearly favored her before. This is Combs’ first Grammy nomination for Best Country Album, while it’s Lambert’s seventh (one was with Pistol Annies).

Nelson has had five previous bids for Best Country Album, losing each of them. Morris was previously nominated in 2017 while McBryde has two prior nominations from 2019 and 2021. Lambert is the only previous winner in this category, which makes her a worthy front-runner despite losing to Combs at the CMAs.