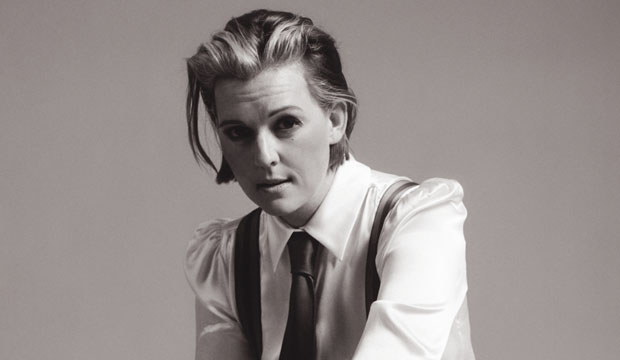 Perhaps the biggest moment of the 2022 Grammys was the coronation of Jon Batiste’s “We Are” as Album of the Year. To many, especially those who don’t really follow the Grammys closely, Batiste’s win was odd given that it wasn’t a particularly big hit or the most acclaimed of the pack. This win prompts us Grammy watchers to consider possible upsets in the future, especially since Batiste’s victory was the first since the decision to get rid of the nominations committees, which were small panels of Grammy voters who filtered through the top 15 or 20 most voted in each category in order to make nominations look better — according, of course, to their own tastes. This year another Americana-leaning artist like Batiste will be competing for the top prize, and unlike Batiste she already has a handful of Grammys to her name.

Brandi Carlile wasn’t really a Grammy favorite until her 2018 album, “By The Way, I Forgive You.” Prior to that, she only nabbed one nomination (Best Americana Album for “The Firewatcher’s Daughter”), and much like Batiste she’s a “musician’s musician” who was widely underappreciated. Then came the 2019 Grammy nominations, which saw Carlile become the top nominated female artist, earning six bids including Album of the Year, as well as Record and Song of the Year for “The Joke.” Carlile ended up winning three Grammys in the American Roots field and delivered one of the most memorable performances in recent Grammy history that quickly sent her song to the top five of the Hot Rock Songs chart. Since then, Carlile has amassed a total of six Grammys and 18 nominations.

Carlile’s current album “In These Silent Days” has a few of the advantages that Batiste had. The most obvious is that they are more niche and, as such, will suffer less from vote-splitting than other popular artists. Carlile’s case is arguably stronger since she is already a Grammy darling with a clear, devoted fandom inside the academy that has managed to get her key nominations. While Batiste obviously has his fans in the academy as well, Carlile’s previous track record is much stronger, which means she could pose even more of a threat than he did. Similarly, Carlile could be up against a lot of big pop releases, like Adele’s “30,” Harry Styles’s “Harry’s House,” and Taylor Swift’s “Red (Taylor’s Version),” among others. This could mean that, once again, the pop vote will be all over the place, especially given that the presumed front-runner (“30”) seems to be much weaker than initially expected; it hasn’t dominated the charts nearly to the extent Adele’s last two albums did.

SEEGrammys Pride flashback: How Wendy Carlos made history for trans women and synthesizers

Yet another important similarity between Batiste and Carlile is the historical significance they carry with them. Batiste made history as the first Black artist to win the award in almost 15 years, with the last being Herbie Hancock in 2008. Carlile, on the other hand, could become the first openly queer woman to take home the award, and one of the few queer people in general to do so. “In These Silent Days” would also be the first Americana album to win since Robert Plant and Allison Krauss’s “Raising Sand” more than a decade ago.

Carlile will obviously have a lot of competition, especially with heavyweights like Adele and Silk Sonic (“An Evening with Silk Sonic”) in contention. However, if there’s something that always helps, it is having broad support from a wide range of voters. Like Batiste, Carlile has also been a nominee in multiple fields like pop, country, and Americana (being a winner in the latter two genres), so she clearly carries a lot of support from inside the academy. And who knows, with both the Adele and Silk Sonic albums under-performing, perhaps there is a wide open space for a dark horse to prevail.