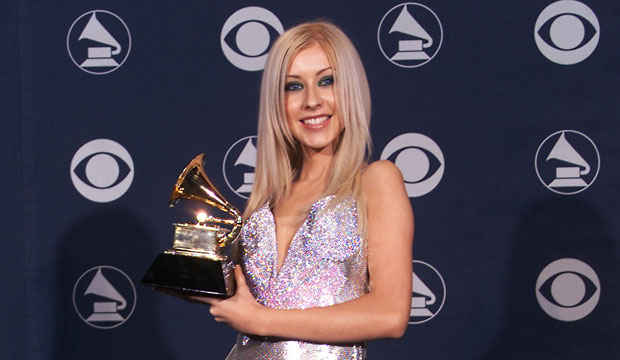 Christina Aguilera is inarguably one of the most powerful vocalists in the game. She has been killing it since debuting in the industry more than two decades ago, just recently winning Best Traditional Pop Vocal Album at the Latin Grammys for her newest Spanish-language album “Aguilera” and picking up a Grammy nomination for Best Latin Pop Album for that collection as well. Throughout her journey, Aguilera has managed to collect five Grammys and two Latin Grammys, and it all began with her memorable 2000 win for Best New Artist.

SEE2023 Grammy snubs you might have missed: These artists were shockingly skunked in genre categories

Very few have had the breakthrough Xtina had for her debut era. A former Mouseketeer in “The Mickey Mouse Club,” the singer quickly rose to fame with the release of her first single, “Genie in a Bottle,” which topped the Billboard Hot 100. The success of “Genie” meant an album was due, and Aguilera soon released her self-titled debut. Before the Grammys the record topped the Billboard 200 and achieved an additional number-one hit with “What A Girl Wants.” With such great success, Aguilera was clearly in the Grammy conversation, but she wasn’t the only buzzy new pop sensation.

Aguilera may have been RCA’s answer to Jive Records’ Britney Spears, who at the time was already a teen-pop phenomenon. Both artists had number-one hits from their debut records, and both records did supremely well, so it’s no surprise that both were nominated for Best New Artist. Also nominated with them was the budding R&B and pop star Macy Gray, who was just breaking through with the success of her single “I Try” (which competed at the following year’s ceremony). Another nominee was Kid Rock, who had been putting out music for around a decade by the time he got nominated, though one could argue that his late-1998 release “Devil Without A Cause” marked Rock’s breakthrough in the public eye. This wouldn’t be the first (and definitely not last) time that an artist nominated for this category wasn’t really new. Finally, the acclaimed Americana artist Susan Tedeschi rounded out the list of BNA nominees.

Realistically, the race was always between the three pop stars. Gray’s more adult-oriented sound meant she had a chance, especially in the case of a Spears/Aguilera vote split. However, many probably assumed the race was between the two teen pop starlets. Spears was technically the bigger star, with her debut album “Baby One More Time” being a bigger seller than Aguilera’s. However, what probably gave Aguilera the edge was the fact that she was likely more of a musician’s pick than Spears. While Aguilera was known for her vocal prowess, Spears was seen more as a good entertainer. So perhaps to many Grammy voters, Aguilera was the more raw-talent-oriented pick, although both of them are extremely talented in their own right. It also probably didn’t help that Spears only had one top-five hit during voting, while Aguilera had two (with a third one on the way). So voting members could also have thought that Spears, despite earning a couple more top-20 hits from the album, was going to be a one-hit or one-era wonder.

Aguilera’s win is one of the best in the category’s history. Not many BNA winners have achieved the level of success she has, still to this day earning Grammy nominations for her work. Spears eventually won a Grammy too, as did Macy Gray, so the other top contenders eventually got their due. Many still have mixed opinions on the win, but at least we should be thankful that we got such an exciting battle between two of the biggest pop stars ever, a battle that hasn’t truly been seen in the category since.