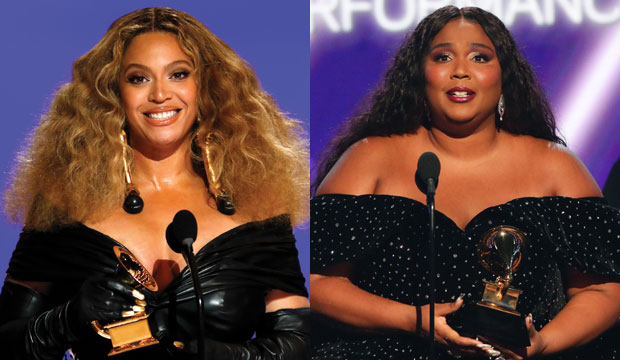 Genre is messy in the music industry. While it is useful in some occasions, these days genre is more of a suggestion than a fixed concept. This past year many artists have shown their creativity by exploring different sounds and have been celebrated for it. However, where will these people be submitted at the Grammys? Here are four relevant artists this season, and why their genre predictions are harder than most other artists.

SEEBig 4 Grammy Awards: 14 artists nominated for all in one night

Brandi Carlile, “In These Silent Days”

While Carlile usually competes in the American roots field, that has changed a bit in the past couple of years. The Highwomen, a supergroup fronted by Carlile, was submitted to the country music field as opposed to Americana, and even won Best Country Song for “Crowded Table.” However, and perhaps more controversially, Carlile’s lauded “Right on Time” was moved by the Recording Academy from American roots to pop last year. Carlile voiced her disagreement with this move, but was later honored to earn a nomination in the genre alongside huge names like Ariana Grande and Olivia Rodrigo.

“Right on Time’s” parent album, “In These Silent Days,” will be competing at these upcoming Grammys and as such could go in multiple directions. While the album is still Americana at heart, it does have more of a pop sensibility than her previous records, and a screening panel could argue that Carlile has gotten too big for Americana. It also doesn’t help that Carlile has proven that she can hold her own in pop, so watch out for Carlile being sent to Best Pop Vocal Album.

Beyoncé has always been a genre-bending queen, and her latest release further proves this. “Renaissance” can go three ways. Perhaps most likely is that it competes in Best Progressive R&B Album, which is where Bey albums typically get slotted in (it’s the current version of categories she has competed in before, Best Contemporary R&B Album and Best Urban Contemporary Album).

However, some could argue “Renaissance” is more of a pop record and should compete in Best Pop Vocal Album. Beyoncé has competed there before with “The Lion King: The Gift,” so “Renaissance” would easily be locked in for a nomination. Besides pop and R&B, one could make an argument for Best Dance/Electronic Album. After all, “Renaissance” is marketed as a dance record and is a homage to club and ballroom culture, not to mention most songs would fit in your standard dance nominee playlist.

Similar to Beyoncé, Lizzo is stuck between R&B and pop. Lizzo’s “Cuz I Love You” got nominated and won in Best Progressive R&B Album, so her team could aim there for another win. However, “Special” is more pop than “Cuz I Love You,” and this time around she doesn’t have as much urban airplay as with her previous record. As such, the screening panel could deem “Special” ineligible in R&B and move it to Best Pop Vocal Album.

The case for Rosalía is interesting because she’ll end up in the same field, Latin, but her specific category isn’t so certain. On one hand, “Motomami” is truly an alternative album, mixing up genres and styles flawlessly and being less mainstream-friendly than your typical reggaeton or urbana music record. As such, the album could compete in Best Latin Alternative/Rock Album, a category Rosalía has won before; “Motomami” was also submitted to Best Alternative Music Album at the Latin Grammys.

However, Rosalía’s last album “El Mal Querer” competed in pop at the Latin Grammys and in alternative at the American Grammys, so we could see “Motomami” do the opposite this year. After all, “Motomami” is a huge high-profile record, so it could pass as pop. Finally, since the album’s main theme is deconstructing urbana music, mostly reggaeton, could she end up in the Best Musica Urbana Album category? After all, songs like “Chicken Teriyaki” and “Bizcochito” are undoubtedly urbana music. Strategically, alternative might be her best bet to avoid Bad Bunny in the urbana category, but it all depends on where she submits and what the screening panel thinks.