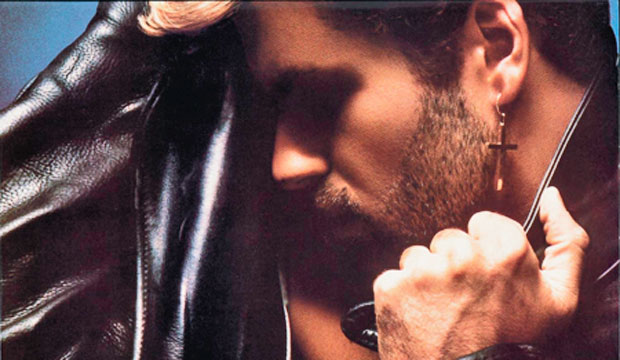 Some Album of the Year victories at the Grammys fly somewhat under the radar. Others are like George Michael’s iconic “Faith.” The singer’s debut solo album was not only a massive success, but its victory at the Grammys cemented it and Michael’s legend status. In a way, “Faith’s” win was not only unconventional, but inadvertently may have opened the gates for queer artists at the award show.

Michael was obviously no stranger to success. He was part of the duo Wham! alongside Andrew Ridgeley from 1981 to 1986. With Wham!’s music being more lighthearted and targeting a younger audience, Michael felt the need to disband and pursue a more mature career in music, like many young teen-pop stars. As such, the duo separated in 1986, and Michael began working on his debut album, “Faith.” While in Wham!, he had decided to label himself as bisexual, although he kept his sexual orientation private to a couple of intimate people in his life.

“Faith” was an instant success. The album’s lead single, “I Want Your Sex” peaked at number-two on the Billboard Hot 100. The song was followed by a string of number-one hits: the eponymous “Faith,” “Father Figure,” “One More Try,” and “Monkey.” The album, unsurprisingly, sold a lot of copies, spending 12 weeks atop the Billboard 200 albums chart. Critics also received “Faith” with open arms, mostly praising Michael’s change of pace from sweetheart to a bona fide sex icon. As per usual, this type of success typically leads to Grammy buzz.

So how did “Faith” win with such little apparent support? Part of why might be due to how the album contained so, so many hits despite Michael’s musical persona being somewhat controversial. Writing for the Washington Post, Richard Harrington commented on Michael’s rare snubs across many categories, stating that, “The biggest surprise was George Michael, whose “Faith” […] received only two nominations […] Some observers feel that Michael’s pretentiousness and publicity-seeking may have dampened his chances.” Harrington stated in that same article that Chapman was the predicted front-runner, earning the most nominations that year (six). However, Chapman might have been hurt by a lineup of fellow adult-leaning artists like Steve Winwood and Sting potentially siphoning votes from her.

In the end, though, “Faith” was such an easily accessible album that its cross-genre appeal might have helped it over Chapman’s more downbeat sensibilities. Paul Grein, for the LA Times, predicted a possible upset from Michael even before nominations, arguing that “Fans of well-crafted, mass appeal pop [among academy members] helped deliver best album awards to such hugely popular but critically dismissed artists as Phil Collins, Lionel Richie and Billy Joel. They have a strong candidate this year in Michael, whose ‘Faith’ album logged 46 weeks in the Top 10.”

To this day, “Faith’s” win remains a remarkable feat. First, Michael is still the only known queer solo artist to have won the award, although he wasn’t out publicly at the time of winning. It is somewhat shocking to think that by 2022 there still hasn’t been an out queer soloist to win the award, even with the success of many queer music stars (and Album of the Year nominees) like Lil Nas X, Sam Smith, Lady Gaga, and Brandi Carlile. “Faith’s” win is also, shockingly, the only Grammy Michael ever won, which is a travesty considering his huge impact on music and queer history. Michael would go on to be one of the most influential music-makers of the millennium and a big influence to queer people all over the globe.