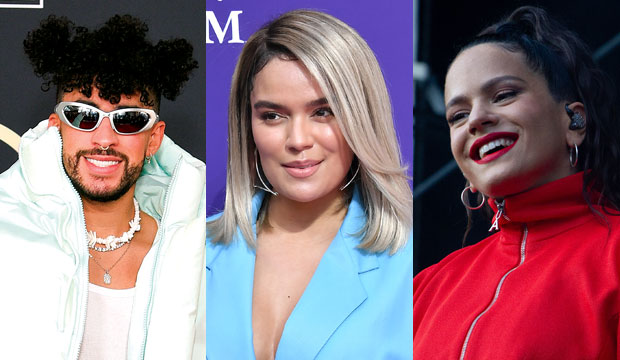 Music has always been diverse, but perhaps never as diverse as it is in 2022. With big music releases this year ranging from R&B to pop, rap, and country, the landscape sure offers a lot of opportunities to dive into different sounds. However, one genre that’s been exploding these past few years is Latin. While we always had Latin music represented in English markets due to names like Enrique Iglesias and Shakira, this year’s Latin music has truly taken the world by storm. As such, the question remains, will this be the year the Grammys finally acknowledge it properly?

The year’s most popular Latin artist is undoubtedly Bad Bunny. His fourth studio album, “Un Verano Sin Ti,” has become the biggest hit of the year worldwide, breaking streaming records in the US and all across the globe. The album has also spawned multiple hits, debuting four songs in the top 10 of the Billboard Hot 100, while achieving even more budding hits recently on the Spotify charts. Bunny’s “Moscow Mule” broke records by debuting in the top five as a fully-Spanish solo song. The hitmaker’s album also includes “Tití Me Preguntó” (number-five on the Hot 100), “Después de la Playa” (number-six), “Me Porto Bonito” (number-seven), and the global hits “Efecto” and “Ojitos Lindos.” “Un Verano Sin Ti” has spent multiple weeks atop the Billboard 200 (a first for a Spanish-language album) and has achieved over 100,000 equivalent album units every week in its first five weeks (the first album in any language to do so since Adele‘s “30” last fall). Under the old nomination review committees, the album would surely be a lock for a Grammy nomination for Album of the Year, but voters at large might still ride for the Puerto Rican superstar.

Another Latin superstar this year is Karol G. She’s had two smash hits this year, with her ultra viral “Mamiii” with Becky G being a Spotify Global top-five hit and a top-20 hit on the US chart. Karol followed that up with “Provenza,” another top-five hit globally and a top-30 hit in the US. While a Record of the Year nomination might be hard, it would be a nice way to acknowledge such a talented Latin star, who has been churning out hits for half a decade now. “Mamiii” could also be nominated for Best Pop Duo/Group Performance, especially since it’s such a dry year for that category so far.

SEE2023 Grammy race for Best New Artist is wide open: Is there even a front-runner?

Karol could be joined on nomination’s day by fellow Latin hitmaker Anitta, who had a global number-one hit this year with “Envolver.” And since the Brazilian superstar hasn’t been nominated for the anglo Grammys before, could she also technically qualify for a Best New Artist nom?

Last but certainly not least is Rosalia. The Grammy-winning Spaniard is responsible for “Motomami,” which is, as of this writing, the most acclaimed album of the year with one of the highest MetaCritic scores ever. The Grammys love embracing acclaimed artists, so it wouldn’t be weird to see Rosalia get a nomination for Album of the Year, hopefully alongside Bad Bunny and not at the expense of him, or vice versa. Rosalia already made history when she got a Best New Artist nomination at the 2020 Grammys, becoming the first artist to get a nom for all-Spanish music. As such, we know the Grammys have the acclaimed singer-songwriter on their radar.

While it might be wishful thinking, there is a path for Latin and Hispanic artists to shine at the next Grammy Awards. Hopefully the Recording Academy acknowledges the increasing amount of excellent and popular music from around the globe and honors it properly in the big four categories. If we could get a surprise like Best New Artist nominee Arooj Aftab last year, we can definitely get the likes of Bad Bunny and Rosalia in there too.