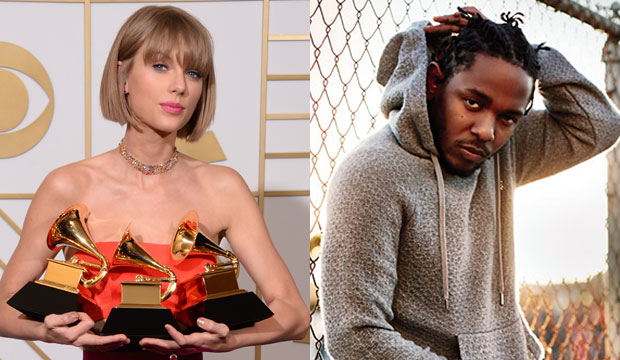 When you think of an iconic pop album, Taylor Swift’s record-breaking “1989” might come to mind. As her first full-on pop record, “1989” saw the rise of a new Taylor Swift, led by ’80s-inspired synth pop sounds and her usual top-notch songwriting. Among the album’s many, many honors — perhaps the most important — was its win for Album of the Year at the 2016 Grammys. The win made Swift the first woman to win Album of the Year twice as a main album artist, and it gave the singer-songwriter some of her most popular hit songs. But how easily was Swift able to collect her second Album of the Year trophy?

To start, a bit of context. Swift’s preceding fourth album, “Red” was a success. However, it lost all of its nominations at the 2014 Grammys, losing Album of the Year to Daft Punk’s “Random Access Memories.” She said in an interview for the Grammy Museum that she cried when the album lost all of its awards and sought to make a sonically cohesive record next, since a criticism of “Red” was how eclectic it was sonically, going from country to pop to even dubstep. Already walking the line between genres, Swift decided to leave country altogether and transition into pop music fully.

“1989” was a huge success from the very beginning. It sold 1.287 million copies in its first week in the United States alone and received positive reviews. It immediately became the frontrunner for Album of the Year, especially with how much the Grammys already liked Swift. The campaign for the album was also strong, with Swift doing an intimate session for academy members and stopping by the usual TV spots and award shows. Come Grammy nominations morning, Swift earned seven nominations, including all the general field categories (Album of the Year, plus Record and Song of the Year for “Blank Space”). They year before the lead single from “1989,” “Shake It Off,” had also earned three nominations, bringing the album 10 bids overall.

But “1989” was nominated against some heavy competition. Kendrick Lamar, who ended up being the top nominee and winner of the year, was competing with “To Pimp A Butterfly,” one of the most acclaimed albums in recent history and also a good seller commercially. “To Pimp A Butterfly” as a whole won six Grammys — two in 2015 and four in 2016.

Also nominated was R&B and pop superstar The Weeknd, with his first big crossover hit album, “Beauty Behind the Madness.” That year he’d notched top-five hits with “Earned It,” “The Hills,” and “Can’t Feel My Face,” the last two of which were number-one records. The album ultimately won three Grammys.

Another Album of the Year nominee who went home with three Grammys that night was Chris Stapleton, who had huge success with his debut solo record, “Traveller,” which became a sleeper hit in country music.

Last but certainly not least were Alabama Shakes with the acclaimed “Sound and Color,” which ended up winning Best Rock Song, Best Rock Performance, Best Alternative Album, and Best Engineered Album, Non-Classical. With a lineup full of Grammy champs that year, it’s clear that “1989” wasn’t a runaway winner.

But why did the album triumph? A few factors. First, “1989” was the biggest hit nominated. Commercial success often plays a part in how much voters are exposed to a certain album, and in how voters may feel the urge to honor record-breaking eras as a way to celebrate the artists’ achievement in the industry. Second, “1989” was probably the “safest” album nominated, sonically speaking. It truly appeals to a mass audience, enjoyed by both pop enthusiasts and artier listeners.

A third factor that probably helped was Swift’s beef with Spotify: she took her whole catalog off the platform as a protest for better payments for artists. Many Recording Academy members might’ve felt represented by Swift fighting for them and honored her with their vote. Finally, the Grammys love when artists take risks, and changing your sound completely is a tried-and-true formula for Grammy success (see Daft Punk’s aforementioned “Random Access Memories,” Bruno Mars’s “24k Magic,” Beck’s “Morning Phase,” and Swift’s eventual third Album of the Year winner “Folklore”).

SEEBig 4 Grammy Awards: 14 artists nominated for all in one night

Nowadays “1989’s” win is a bit polarizing to music lovers. While some are still enthusiastic about it, others criticize the academy’s choice of “1989” over Lamar’s “To Pimp A Butterfly,” which is considered a more important album. “1989” vs. “To Pimp A Butterfly” also reflects the Recording Academy’s issues with honoring hip-hop properly, even though Lamar himself was part of the “1989” era and a friend of Swift’s (they won Best Music Video together that night for their “Bad Blood” collab).

Still, when you have an album as groundbreaking and lauded as “To Pimp A Butterfly,” it’s hard not to feel a certain way, especially considering how Swift now has three Album of the Year wins while Lamar has none. That being said, even if you would’ve picked “To Pimp A Butterfly,” it’s hard to say “1989” was undeserving. Very rarely does the world get an album as massive, intricate, and fun as what Swift gave us with her fifth studio album.