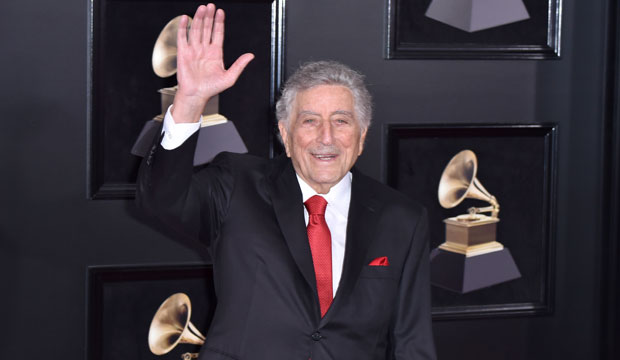 The 1995 Grammys ceremony was one of the most interesting the award show has ever had. Most relevant to this year, it was the last year without nomination review committees. And not coincidentally, it was the year Tony Bennett won Album of the Year for his “MTV Unplugged.” Bennett’s win is an interesting one to ponder, especially as he is now nominated for Album of the Year again for “Love for Sale” with Lady Gaga.

Bennett has always been on the Grammys’ radar. His first wins were at the 5th Grammy Awards, where he took home Record of the Year and Best Male Solo Vocal Performance for “I Left My Heart in San Francisco.” Bennett was a consistent nominee for a couple years after that, but dropped off the awards’ radar for 25 years until in 1991 his album “Astoria: Portrait Of The Artist” became his first nomination since 1966.

Bennett spent the intervening years struggling to make traditional pop music amid the rock boom, dealing with financial woes, and fighting addiction. But like the fighter he’s always been, Bennett rebounded in the 1980s and got his life and career back on track with a new era in music and new music listeners wanting to hear once again. After a career comeback where he targeted his old-fashioned style to new-fashioned audiences, Bennett recorded what would become his second general field Grammy winner: 1994’s “MTV Unplugged.”

“MTV Unplugged” had a few things going for it. First off, the songs were known classics, including Bennett’s signature ROTY winner, as well as others like “Body and Soul” (which would win Bennett a Grammy years later with Amy Winehouse for Best Pop Duo/Group Performance) and “Autumn Leaves.” Bennett’s Grammy competition for Album of the Year also wasn’t the strongest.

Seal’s self-titled 1994 album was a hit, but it wouldn’t be until the next Grammy season that it would become a monster smash due to the single “Kiss From A Rose,” which won Record and Song of the Year the following year. Eric Clapton’s “From a Cradle” was acclaimed, but it was a blues cover album that had more limited appeal across the recording academy. Bonnie Raitt’s “Longing in Their Hearts” was liked by the Grammys, winning Best Pop Vocal Album and Best Engineered Album. But she had just won AOTY five years earlier for “Nick of Time,” and “Longing” wasn’t quite as big a hit. The final nominees, The Three Tenors (Plácido Domingo, José Carreras, and Luciano Pavarotti), suffered from opera not exactly being hip with younger voters.

Bennett’s win was possible because of his likeability across generations, which seemed anomalous to some. In a mixed review of the TV special, Variety wrote that “It’s hard to figure exactly what endears Tony Bennett to the Generation X set, and this hourlong showcase of the crooner’s best works should only exacerbate the headscratching.” Bennett’s success with younger audiences was odd, but it was there. And that likely pushed him over the edge, in addition to how beloved Bennett had always been and how compelling his comeback narrative was. Voting for “MTV Unplugged” recording also meant, indirectly, voting for the hit MTV series.

“MTV Unplugged’s” win and the Three Tenors’ nomination were thought to be the tipping point that led to adding a nominating committee for the general field. Many found the lineup not representative of the year, with the Los Angeles Times writing, “In a year in which ‘The 3 Tenors in Concert 1994’ — a work of great spectacle but minor substance — and a pedestrian Tony Bennett collection have been nominated over widely acclaimed works by Hole, Neil Young, R.E.M., and Nine Inch Nails, the executives are publicly urging reforms in the voting system.”

Many thought the committees would filter the top vote-getters and present the public with fresher nominees. But those secret, anonymous committees proved to be controversial too, and they were disbanded this year after the whole The Weeknd fiasco. Now Bennett finds himself nominated for Album of the Year again for “Love For Sale,” which is being touted as Bennett’s last album as he continues his long fight with Alzheimer’s disease. It would be kinda awesome to see Bennett be the last pre-committee winner and the first post-committee winner, am I right?