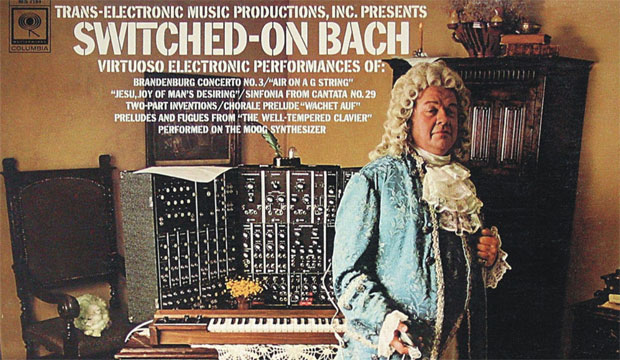 While queer musicians have always been around, representation often comes in the way of gay, lesbian or bisexual artists. Unfortunately, transgender artists have been especially underrepresented. These days trans, nonbinary, or non-gender-conforming artists like Sam Smith, Arca, Janelle Monáe, Kim Petras, and Big Freedia have been able to create space for transgender artists. However, back in the 1960s, one artist was already pushing music forward. Let’s look back at Wendy Carlos, her monumental record “Switched-On Bach,” and how it helped both her and the trans community along the way — while also winning three Grammys.

Wendy Carlos was always a genius. According to her bio, after mastering her piano skills she attended Brown University and double majored in physics and music. Afterwards she earned a master’s degree in music composition at Columbia University. With such knowledge, it’s no surprise she was working with legends like Leonard Bernstein and Robert Moog before the release of her first record. Carlos perfected electronic music, obsessed in particular with the synthesizer. While all of this was happening she began attending therapy with the famous sexologist Harry Benjamin, whose work focused mostly on transgender patients. Slowly, Carlos began to figure out her identity and started hormone replacement therapy. She met producer and singer Rachel Elkind, who enjoyed Carlos’s rendition of one of Bach’s most famous pieces and worked with Carlos to produce what would become her debut album, “Switched-On Bach.”

“Switched-On Bach” was a groundbreaking album consisting of reinterpretations of popular Bach pieces on the synthesizer. The album’s creative reinvention of famous classical pieces helped position the Moog synthesizer as a legitimate instrument that was not only intricate but amazing to listen to. Up to that point, the synthesizer was not as popular as it is today when it’s commonplace in popular music. While Carlos received some push-back from certain traditionalists, the album was a big success, eventually peaking at number-10 on the Billboard 200 and becoming one of the biggest classical music albums of all time.

At the 12th Grammy Awards, the album swept its three nominations, winning for Album of the Year, Classical; as well as Best Classical Performance – Instrumental Soloist or Soloists (With or Without Orchestra); and Best Engineered Recording, Classical. But Carlos did all of this in the closet while avoiding public appearances for the most part. “Switched-On Bach” was never expected to be the hit that it was, and people were obviously very interested in the artist behind the art.

The success of “Switched-On Bach,” Grammys included, helped Carlos complete her transition and focus on her musical work. Carlos eventually came out, and as such she became the first openly trans woman with a Grammy — three, to be exact. After that breakthrough album she kept rising to new heights, scoring the films A “Clockwork Orange,” “The Shining,” and “Tron.” That success set an important precedent for trans artists in the industry.

Unfortunately, change has been quite slow. The first transgender artist nominated for a Best Original Song Oscar was Anohni for “Manta Ray” from “Racing Extinction,” only six years ago. Furthermore, very few trans women get nominated at the Grammys to this day, with SOPHIE being the first openly-transgender woman nominated as a leading artist in 2018. Before her Teddy Geiger and Jackie Shane had been the only openly trans women nominated ever. And in 2020 Arca received a nomination for her acclaimed album “Kick I.” Two of these four women were nominated in the last four years, but many talented trans artists are still overlooked every year.

Wendy Carlos’s impact is still felt. Synthesizers are present in most music these days, becoming an essential instrument just like the piano or the drums. Her musical prowess and her work introducing the synth to a general audience has been noted by iconic musicians like Giorgio Moroder. But perhaps most importantly, Carlos showed the world how trans artists are just as capable of making great music, and making history while they’re at it.