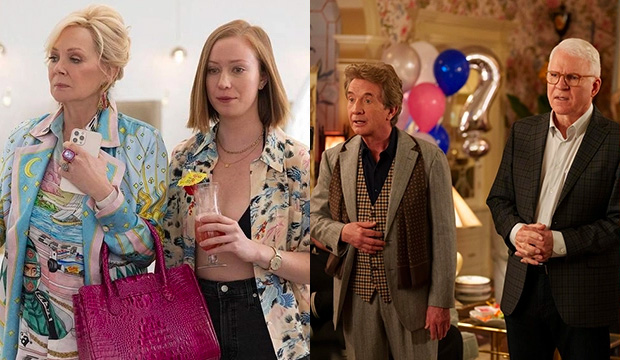 Over the course of 28 years, the Screen Actors Guild Award for Best TV Comedy Ensemble has gone to the casts of 17 different series. Eight of them triumphed on their initial outings, while the other nine lost at least once before achieving the honor. Included in the majority are the actors from “Schitt’s Creek” and “Ted Lasso,” who prevailed on their respective second bids in 2021 and 2022. With the 2022 nominees from “Hacks” and “Only Murders in the Building” back in the hunt this year, the chance of this trend continuing is quite strong.

According to Gold Derby’s SAG Awards predictions, the cast of “Abbott Elementary” is expected to win the 2023 Best TV Comedy Ensemble prize on their first nomination, but the “Hacks” and “Only Murders” teams are right behind them. Rounding out our presently predicted five are the actors from “Barry,” who are seeking their third notice here, and “The Bear,” who would be category newcomers. The only past winners in contention are the cast members of “The Marvelous Mrs. Maisel” in sixth place; they triumphed in 2019 and 2020.

The third seasons of “Hacks” and “Only Murders” are currently in production, with their second ones having ended in June and August 2022, respectively. The former – an HBO Max original – centers on the relationship between an aging stand-up comedian and her young writing partner, while the latter – which airs on Hulu – follows a trio of neighbors and amateur sleuths. Either cast could now bring its streamer its first comedy ensemble SAG Award victory.

Either of these two casts would be the seventh to win this SAG Award on their second try. Besides the “Schitt’s Creek” and “Ted Lasso” actors, the others in this group are those from “Ally McBeal” (1999), “Sex and the City” (2002), “30 Rock” (2009) and “Modern Family” (2011). All six ensembles received their first two nominations in consecutive years, as would those of “Hacks” and “Only Murders.”