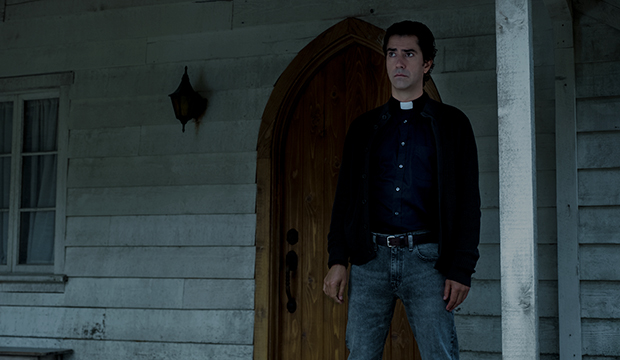 Despite a 22-year career in film and television, Hamish Linklater has only scooped up a single Screen Actors Guild Award nomination, which he earned for “The Big Short” (2015) as a member of its ensemble. Now, he could (and should) finally be on track to raking in his first solo bid, thanks to his acclaimed turn in Netflix’s miniseries “Midnight Mass.”

Created, directed and co-written by Mike Flanagan, the seven-part supernatural horror series takes place in a small, struggling town in which an enigmatic new priest, Linklater’s Father Paul Hill, awakens a new religious fervor upon his mysterious arrival. Since the show bowed on Netflix on Sept. 24, Linklater has vaulted into eighth place in our SAG Awards odds for limited series/TV movie actor. And for good reason. For his portrayal of Father Paul, the actor has received laudatory notices from critics, who commend him for his magnetic screen presence and breathing just the right amount of humanity into one of the show’s most complex characters.

Check out some of Linklater’s glowing praises from reviews below:

Kristen Baldwin (Entertainment Weekly): “The success of Flanagan’s story depends on a truly charismatic man of the cloth, and Linklater is the miracle he needed. The actor channels the powerful magnetism of a passionate preacher but never really lets us get comfortable with Father Paul — a humble, wry man of faith whose devotion sometimes bears an unsettling resemblance to insanity.”

Jen Chaney (Vulture): “Linklater portrays Father Paul with a gentleness and generosity that makes it completely conceivable that a guy like [Zach Gilford‘s] Riley, who has become quite cynical about religion in prison, might be persuaded to turn to him for help navigating his mandated recovery from alcoholism. There’s a ‘man of faith/man of science’ dynamic between the two that is one of the more compelling aspects of the series. But Linklater can also crank up the fire and brimstone when he wants to, delivering sermons that are impassioned, inspiring, and, increasingly, unsettling. He is handed some long speeches and stretches of dialogue that he makes sing […]; he speaks as though he’s discovering his way through every sentence and wants you to come with him. Father Paul’s backstory is one of the great central mysteries in ‘Midnight Mass,’ and Linklater makes you want to solve it.”

Dan Jolin (Empire): “Linklater is absorbing as Father Hill, the enigmatic miracle-worker who announces himself as a surprise stand-in for the ancient and infirm town priest, last seen embarking on a Holy Land pilgrimage. It’s a tricky role to pull off — all too easy to tilt into ‘creepy’ — but he somehow breathes warmth and relatability into the darkest places.”

Vinnie Mancuso (Collider): “As Father Paul, Linklater is the show’s driving force and its most vital presence; in lesser hands, a role this devoted to scripture could be a turn-off, but Linklater demands your attention, even in quiet moments, proving the show’s point about the razor-thin line between salvation and seduction.”

Given that neither of Flanagan’s most recent horror efforts for Netflix, “The Haunting of Hill House” and “The Haunting of Bly Manor,” was recognized by the SAG Awards, Linklater might seem like a bit of a long shot for a nomination. But the good news for him is that “Midnight Mass” has already been more embraced by awards voters than the aforenamed titles were at the time. The series recently accrued three Critics Choice Award citations — for limited series, lead actor for Linklater and supporting actor for Gilford — compared to “Hill House’s” and “Bly Manor’s” then-respective zero. And while it’s true that there is no membership overlap between Critics Choice and SAG-AFTRA, “Midnight Mass” as a whole might have gotten a much-needed boost out of the Critics Choice TV noms, which coincidentally were announced on the very day voting for the SAG Awards began (Dec. 6).

What’s more, though SAG-AFTRA’s membership doesn’t consist exclusively of actors, it should not be discounted that Linklater has worked with countless throughout his career. If his peers finally want to pay him his due, “Midnight Mass,” featuring one of his juiciest roles to date, seems like the perfect project with which to do it. What could also help is that the series was an audience hit for Netflix, for which SAG-AFTRA has a notorious affinity — and popularity and visibility go a long way with a big group like the actors guild, whose membership comprises around 160,000 actors and on-screen personalities.