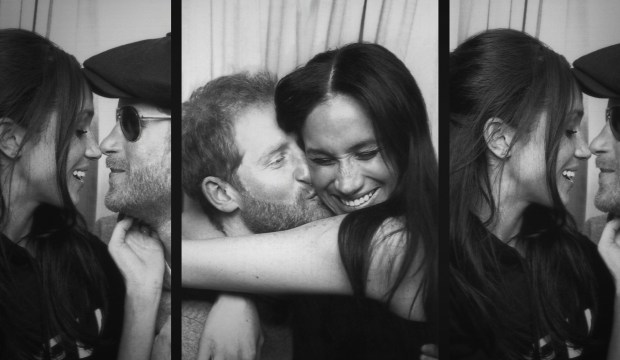 Courtesy of Prince Harry and Meghan, The Duke and Duchess of Sussex

The Duke and Duchess of Sussex were up bright and early this Monday morning, releasing the second teaser trailer for their upcoming Netflix series “Harry & Meghan.” And this one pulls no punches.

Prince Harry looks right in the camera and accuses “this institution” (e.g. his family) of contributing to pain and suffering for women who marry into it. He’s talking about Meghan Markle but the images are that of his late mother, Princess Diana. There are shots of tabloid papers over words like “feeding frenzy.”

“I was terrified,” Harry says, talking about the way in which his wife was treated in Britain. “I didn’t want history to repeat itself.” We see Meghan wiping tears from her eyes, declaring that “they’re not going to protect you.”

The 60-second teaser ends with Harry in what looks like cell phone footage saying “no one knows the full truth. We know the full truth,” then some tune-in wording for December 8 (volume one) and December 11 (volume two).

Pretty strong meat there, eh? One could question why two people who hate the spotlight so much keep, uh, drawing attention to themselves (there’s this series, Meghan’s Spotify podcast, and Harry’s forthcoming memoir), or you could say that “The Firm,” as the British Monarchy is sometimes called, is so vast and vicious that one must fight fire with fire. This latter way at least gives us something to talk about.

The six-part series (three per “volume,” perhaps?) was directed by Liz Garbus, whose previous work includes the prison documentary “The Farm: Angola, U.S.A.,” which was nominated for an Oscar and won at Sundance, the Nina Simone documentary “What Happened, Miss Simone?” which won an Emmy and was also nominated for an Oscar, and, as a producer with her frequent collaborator Rory Kennedy, the Emmy-winning “Ghosts of Abu Ghraib.”

Prince Harry’s book, “Spare,” is expected to be released in January 2023. Its publication was suspended in light of the death of Queen Elizabeth II.