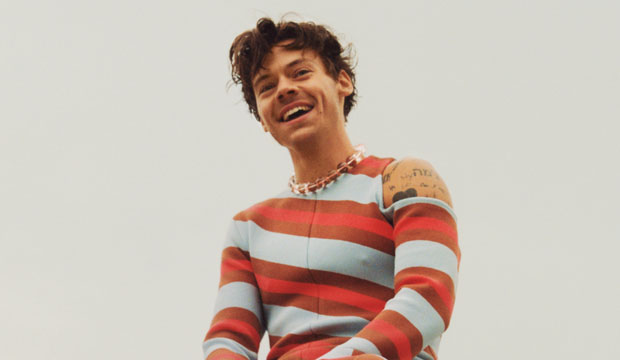 Harry Styles‘s “As It Was” isn’t just the biggest hit of the year, it’s one of the biggest hits of all time on the Billboard Hot 100 singles chart. If it gets into Record of the Year and Song of the Year at the Grammys — he’d be hard to deny at least a nomination at this point — can anyone beat him? Even Adele?

As of this writing “As It Was” has spent 15 nonconsecutive weeks at number-one between April and October. Only three songs have ever spent longer in the top spot: Lil Nas X and Billy Ray Cyrus‘s “Old Town Road” (19 weeks); Mariah Carey and Boyz II Men‘s “One Sweet Day” (16 weeks); and Luis Fonsi, Daddy Yankee, and Justin Bieber‘s “Despacito” (16 weeks). But “As It Was” stands alone as the longest-running song ever in the top two (24 weeks and counting) and the longest-running song ever in the top three (25 weeks). These are truly remarkable feats for an artist who only had one previous number-one hit as a solo artist, “Watermelon Sugar,” which spent just one week at the top of the chart.

Not all songs that break chart records end up winning the top Grammys. Consider that “Old Town Road,” “One Sweet Day,” and “Despacito” were all nominated for Record of the Year and lost. And remember what happened to The Weeknd‘s “Blinding Lights.” But “As It Was” could be an exception because it’s such a Grammy-friendly song: a heart-tugging adult-contemporary song about lost love — he’s exploring the kinds of themes that have won Adele herself so many Grammys.

And while Styles has never been nominated in the top four general field categories, “Watermelon Sugar” actually upset to win Best Pop Solo Performance against three Record of the Year nominees (Doja Cat‘s “Say So,” Billie Eilish‘s “Everything I Wanted,” and Dua Lipa‘s “Don’t Start Now”). So perhaps it was the nomination review committee that kept Styles out of the top races. Those secretive committees are gone now, so Styles could potentially emerge as the juggernaut he was always destined to be.

But while I’m currently predicting Styles to win Record and Song of the Year, there are good reasons not to follow me off that cliff. Adele has already won Record and Song twice each for “Rolling in the Deep” and “Hello,” and her latest contender, “Easy on Me,” was a massive hit too, spending 10 weeks at number-one on the Billboard Hot 100. Unsurprisingly, she’s still the front-runner in both categories based on the combined predictions of Gold Derby users, but Styles is breathing down her neck in second place.

The first big test for both Brits, though, is getting the nominations in November. If The Weeknd taught us anything, it’s that you can’t count your chickens before they’re hatched. So we’ll get a better idea where we stand this fall.