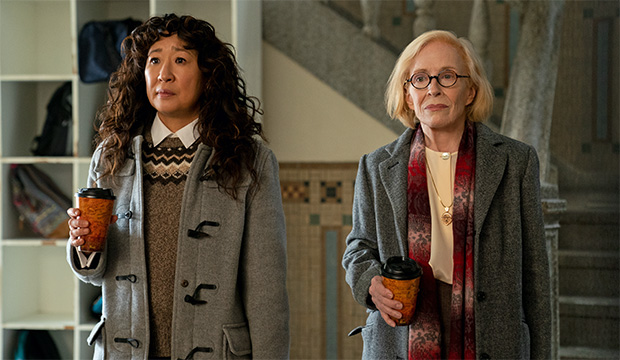 “Overnight!” That’s what Holland Taylor infamously shouted 23 years ago when she won her first career Emmy Award in Best Drama Supporting Actress for playing fan-favorite judge Roberta Kittleson on “The Practice.” (Watch the 1999 flashback video below.) Can the esteemed actress now win an Emmy bookend for her role as English professor Joan Hambling on the Netflix comedy “The Chair”? This time around she’s competing in the red-hot Best Comedy Supporting Actress race.

“The Chair” tells the story of professor colleagues at Pembroke University, led by new English department head Ji-Yoon Kim (Sandra Oh). Despite their age differences, Joan and Ji-Yoon share a friendly rapport with each other at first, though their relationship is put to the test in later episodes. Eventually, Joan is forced to give a vote of no confidence against Ji-Yoon, and the season ends with Joan replacing her as chair.

TV critics loved Taylor in the role of an experienced English professor battling ageism, with Lucy Mangan (The Guardian) calling it “possibly the most gorgeous performance of her legendary career.” Dave Nemetz (TVLine) raved that the actress “is a feisty treat as Joan … this is her best role in years.” And Jen Chaney (Vulture) said she’s “truly sublime.”

Taylor’s first-ever Emmy nomination and win came for “The Practice” in 1999. Her victory as a supporting actress was a bit of a shocker, especially considering she was a recurring guest star on the ABC legal series competing against series regulars like Lara Flynn Boyle and Camryn Manheim from her own show as well as Kim Delaney (“NYPD Blue”) and Nancy Marchand (“The Sopranos”). In 2000, she earned a repeat bid for “The Practice” as well as a guest nom for “The Lot.” Taylor then received four non-consecutive Emmy mentions for her comedic turn in “Two and a Half Men” (2005, ’07, ’08, ’10) as the mother of Charlie Sheen and Jon Cryer‘s characters. Her most recent citation was for Ryan Murphy‘s limited series “Hollywood” (2020) on Netflix.

At the 1999 Emmy podium, Taylor took a beat as she looked down at the crumpled paper in her hand. “I’m so glad I wrote something,” she declared before adding, “I’m so sorry I can’t see it.” The crowd of A-listers got a real chuckle out of that one. Taylor’s co-star and on-screen boyfriend Michael Badalucco also won an Emmy that night for playing lawyer Jimmy Berluti, and “The Practice” won Best Drama Series for the second year in a row.

SEE‘The Chair’: Sandra Oh and Amanda Peet on filming their new Netflix show during the pandemic

“Thanks to the academy for this wonderful honor,” Taylor continued in her Emmy speech. “The real honor surely is the company I’m keeping tonight, especially the women in my category: Kim, Camryn, Lara Flynn and my beloved Nancy Marchand whose daughter I have played at least five times in New York. God bless you, you transcendent actress.” Marchand passed away a year later from complications related to lung cancer and emphysema.

“The Practice” was created by renowned producer David E. Kelley, who single-handedly has accounted for 33 Emmy wins for actors over the past three decades. Taylor thanked Kelley for creating Judge Kittleson, calling her “a woman who puts a flag on the moon for women over 40.” 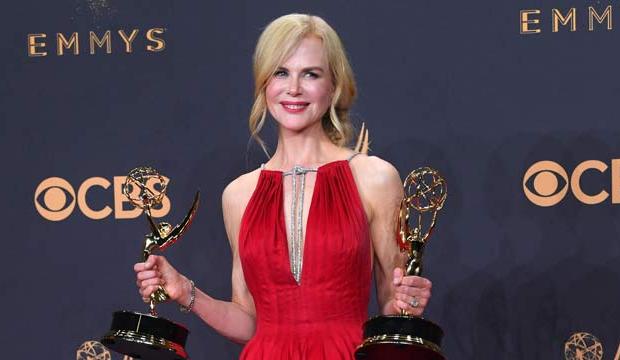