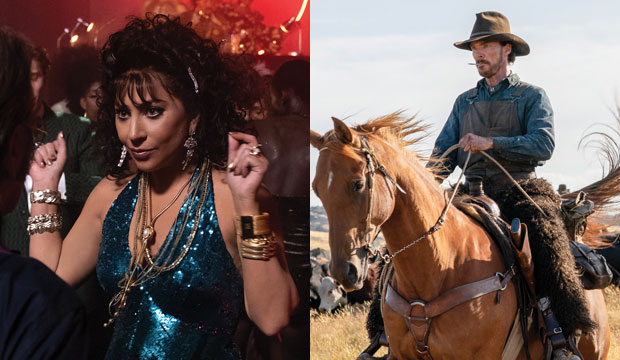 “House of Gucci” and “The Power of the Dog” tied for the most SAG Awards movie nominations with three apiece. Check out the complete list of nominations here.

“The Power of the Dog,” Netflix’s film about a resentful rancher (Benedict Cumberbatch) and the family he torments in 1920s Montana, is up for Cumberbatch’s leading performance, while Kirsten Dunst and Kodi Smit-McPhee contend for their supporting turns in the film.

But “Power” is absent from the best cast lineup, which is the guild equivalent of Best Picture at the Oscars. The cast of “House of Gucci,” a true-crime drama about a notorious murder in the celebrated fashion family, is nominated as are Lady Gaga‘s lead performance and Jared Leto‘s supporting role.

SEEEverything to know about the 2022 SAG Awards nominations and ceremony

The three other nominees in the ensemble category have one bid apiece for their individual actors. “Belfast” is also up for Caitriona Balfe‘s supporting performance (both featured fellows from the film, Jamie Dornan and Ciaran Hinds, were snubbed). “CODA” has an additional nom for supporting actor Troy Kotsur (but not supporting actress Marlee Matlin). And “King Richard” is in the running for Will Smith‘s performance in the title role (but not for his featured co-star Aunjanue Ellis).

Rounding out the ensemble race is “Don’t Look Up,” the star-studded satire about the apocalypse whose cast includes Leonardo DiCaprio, Jennifer Lawrence, Meryl Streep, Cate Blanchett, and many more, but it didn’t receive any individual nominations for its actors. What do you think of this year’s nominations? Whose inclusions surprised you most, and which snubs disappointed you? Discuss this and more with your fellow movie fans here in our forums.